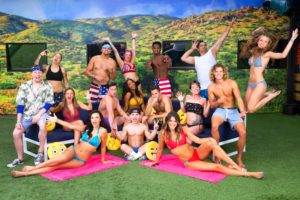 Welcome back to Big Brother S20:E03 where the shenanigans live on in the form of human-bots and trending house guests apps! Let’s pick up after the nominations.

Tyler Crispen is so upset about having to put people up for nomination; he is just devastated. Man, he’s heartbroken, even - the tears are flowing, and he can’t stop crying. He’d rather die than have to wield such power and be so mean. Just kidding! He’s only pretending so that he keeps a low profile while he’s HOH.

SamBot decides to go Game On, and has people come to her in the storage room to state her case about why she should stay. I can’t decide if we should call Kaitlyn - Nicole Richie or Chakra. Hmmmm, Nicole Chakra? Anyway, she comes in and they have a tiff when she tells SamBot to pull herself together. Sam Bledsoe shoots back with a catty comment about her crush on Faysal Shafaat and *that* went well.

While all this is going on, Scottie Salton and Steve Arienta are making an odd bond while Chris "Swaggy C" Williams - aka Gaggy and Bayleigh Dayton are bonding old school style. Ahem. But Bayleigh does call him out on his stupid nickname, so two points to Bay! Unfortunately, after they make out, Gag has a fit of Oh. Em. Gee’s., and decides that in the game of BB, the testosterone side always gets sent home first. *emoji face that says WTF?* 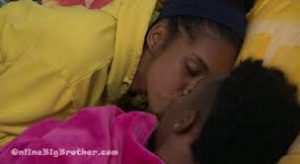 An alliance is formed with: Tyler, Angela Rummans, Brett Robinson, Kaycee Clark, Rachel Swindler and Winston Hines called Level Six, which is clearly unworthy by name in itself.

As NotBot, Sam re-enters the household finally, and it’s time for the Have nots to be chosen. Nicole Chakra, Winston, Brett and Scottie volunteer, goodness knows why, and they have to sleep in satellite dishes and only eat slop.  Make good choices, people!

FOUTE is the other alliance created, and I don’t know if the name is any better. These people. It’s Swaggy, Faysal, Kaitlyn, Angie "Rockstar" Lantry and Haleigh Broucher. Meanwhile, Gaggy, Faysal and Brett have a game of pool, and when Gag and Fay decide to ask Brett to be loyal to the mens, he tells his alliance how cocky Gag is and they say they’ll put up Bay if he messes about.

Time for the BB app store to see which house guest is most and least trending! Faysal is least trending and he is shocked, SHOCKED, I say, and he picks the punishment of “Hamazon,” which will be ham deliveries that he has to eat whenever they arrive! That should be interesting seeing as he’s Muslim! I’m assuming they’ll be faux ham. 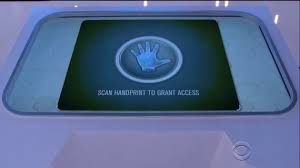 Side note: Gaggy is SHOCKED, shocked I say, that he is NOT the most trending and RAGES at America to get it right next time!

Beloved SamBot gets the most trending and she’s tickled, and SHOCKED, shocked, I say. She’s boosted right up and cries right there. She receives the power of being able to get back into the game if eliminated and it’s good for four evictions. She’s able to use it for herself or someone else. It’s called the “Bonus Life” app. But, if it’s not used by the third eviction, the fourth evictee will get it!

That’s all she wrote, folks! Bye for now!