Hello! It's been a minute, let's find out how our intrepid Canadian bakers are doing on the Great Canadian Baking Show where we randomly add maple syrup for absolutely no reason. Rolling into my recap of GCBS S2:E06 Chocolate Week after the break!

Last time we lost Devon Stolz, one of my early favourites, to an unfortunate smoking butter problem and once again Andrei Gorgova took Star Baker with his clever and inventive bakes. He's one to watch, mark my words! I shall miss Devon.

On we roll to Chocolate Week, how did I not know this was a thing?????? Personally, I think all weeks should be chocolate week, I'm positive host Dan Levy is with me on this one. Co-host Julia Chan: on the fence.

Judges Rochelle Adonis and Bruno Feldeisen join Julia and Dan in introducing the Signature Challenge, which is a crisp chocolate tart consisting of multiple servings. Unless you want to make a dozen so Dan can have one!

It's not just a fun chocolate-filled week, we've also got added pressure.

Still in the tent we have Sachin Seth, Timothy Fu, Mengling Chen, Andrei and Megan Stasiewich fighting for a spot in the semi-finals, who will prevail? *cougheveryonebutTimothycough*

Let's see what they're planning! Andrei has a sailing theme and raspberry in his ganache. 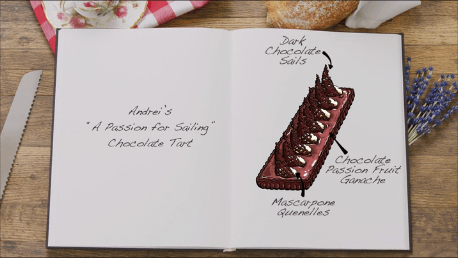 Sachin has a 'body by chocolate' and a flower made of white-stuff-that-is-not-chocolate. 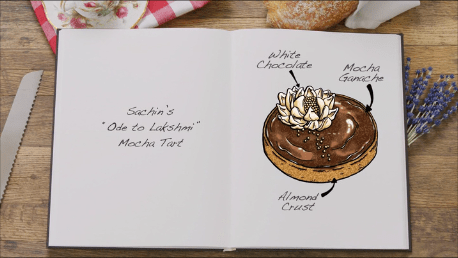 On to Mengling and her tea-infused chocolate tart because SURE, let's ignore how gross that is! 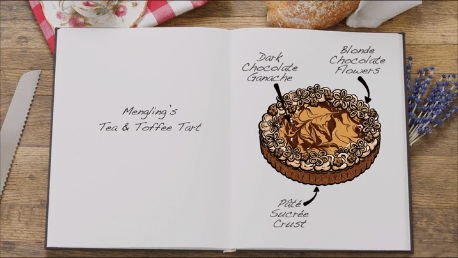 Timothy is also using tea and OKAY. Literally have never wanted tea and chocolate together, what is wrong with pe...nevermind, I'm sure it will be lovely. 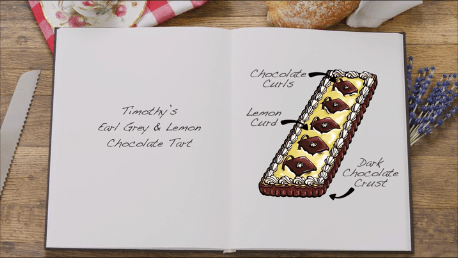 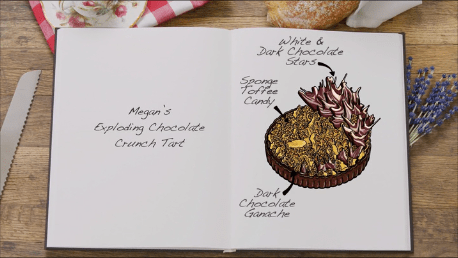 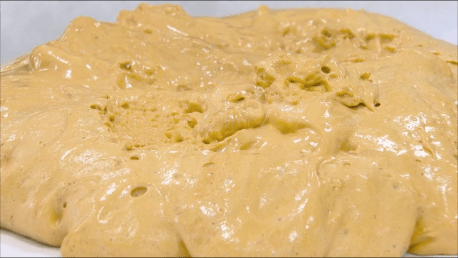 I legit did not know you could make your own SPONGE TOFFEE!!!

Oh no, Andrei has most definitely burnt his tart, he has to start again and never in the history of any cooking show has this gone well for anyone ever.

There's a huge rush of chocolate decoration making, everyone is tempering chocolate as fast as they can but it's finicky, right? It has to be just the right temperature and it doesn't like to stay there.

Remember how I said before that I would totally be scrounging at Megan's table if I had free reign of the tent? It's not just me! This is Dan and Julia moving as one when Megan offers sponge toffee scraps.

The time has come to part with their tarts, to the Gingham Altar, everyone! Well. One at a time! This isn't a Technical, what were you thinking, TTM??

Andrei's remade tart is great, he has mad chocolate skills so ignore my warning above lalalala. 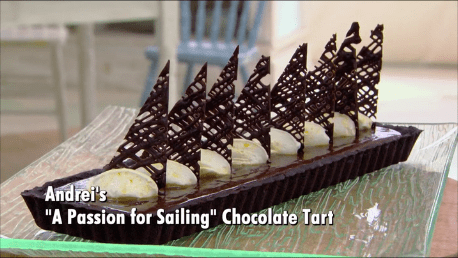 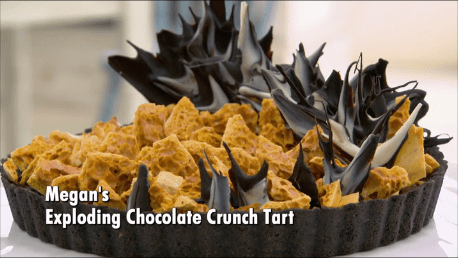 AND it tastes great!

I don't know why Sachin chose to not do a chocolate crust, that seems like a given, yes? He gets good feedback because he's an excellent baker and didn't use tea. 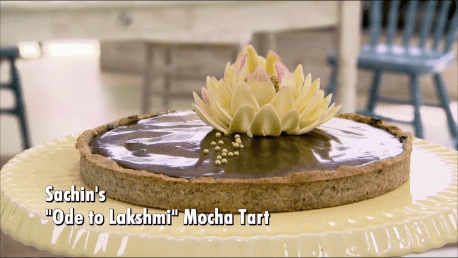 Oh hai Timothy, I didn't see you there, how's your tarty tea? Not enough Earl Grey flavour (which is plenty) and the ganache is too firm. 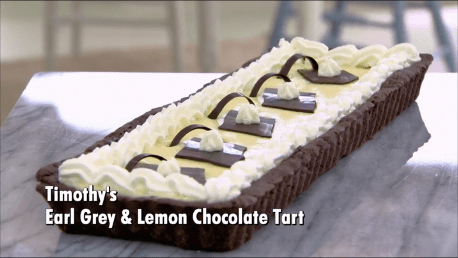 Mengling did a great job with piping and with her whole whatsit. 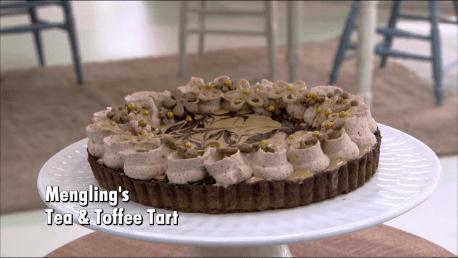 Onward we roll to the Technical Challenge, which is trickier than usual this week because it's 1) a chocolate souffle and 2) there are staggered start times because timing is everything for souffles. 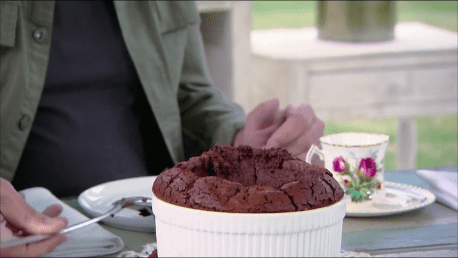 Souffles are so difficult to get right AND time properly AND know when they're ready, especially when chocolate. This will not be easy for anyone, I fear.

Megan has never made or eaten a chocolate souffle or any souffle of any variety.

Andrei starts when told what he'll be making, but he makes pastry cream all the time. He'll be fine. Unfortunately, Mengling went first so she gets to watch everyone else do what she was supposed to. She sees Sachin carefully tying parchment around his souffle dish, forlornly observing "so that's what the string was for."

She TAKES HER SOUFFLE OUT OF THE OVEN TO TIE PARCHMENT AROUND IT. Souffles are notoriously finicky about temperature and percussion changes, what is she doing????

Even Timothy knows that opening a baking souffle before it's done is a death sentence. Jeebus wept, Mengling!!

Mengling's souffle is up first for blind judging by Rochelle and Bruno. It didn't get a lot of height and it is overbaked. 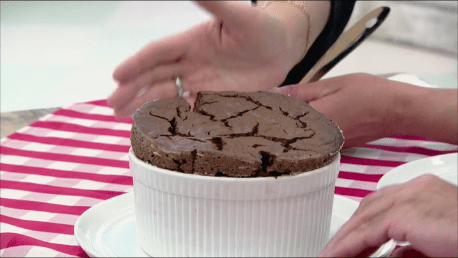 Sachin's is prettier, but not all the egg whites were incorporated. 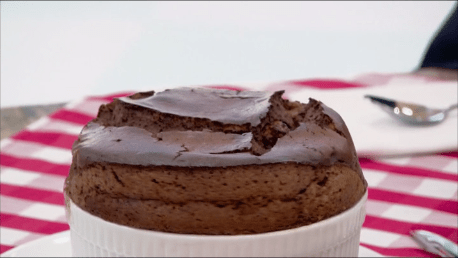 Oh Timothy, what hath thou wrought? 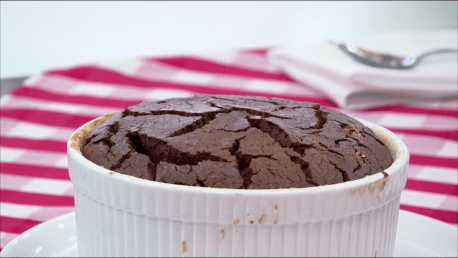 Megan hath wrought a great souffle with her superior folding technique which is absolutely a thing. 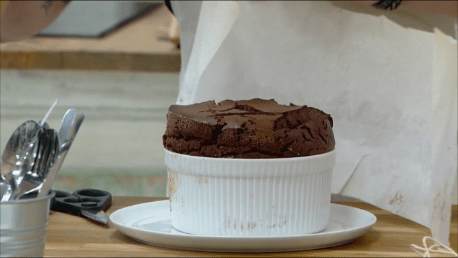 Last but certainly not Timothy's is Andrei's chocolate masterpiece. 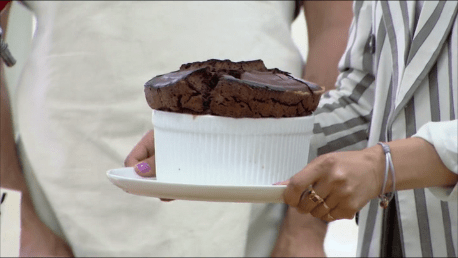 The rankings from least best to most Andrei are:

All Timothy needs to do is pull off a perfect and stunning Show Stopper to stay in for the semi-finals, easy peasy right??

The Show Stopper Challenge for the baketestants this week is a Black Forest Cake, did you know there is actually a Black Forest?? It's not just a cake name! I learned that on the Great British Bake Off! They put chocolate trees on everything, maybe don't do that...But yes! Actual forest. The judges want an updated version (let's just say Mary Berry....did not), wow them, bakers!

Everyone has THE secret for the perfect cake and mine is kind of Sachin's: oil. Oil is the gross secret to a very moist chocolate cake.

I don't understand why anyone would make a chocolate miso Black Forest Cake, Mengling, what? Salty bland with chocolate, cherries and whipped cream? Huh? It's pretty, though. 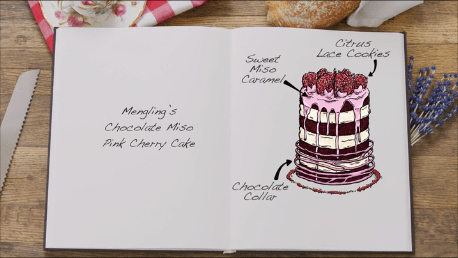 Dan is also curious about the sweet miso caramel, he takes a taste.

Sachin is feeling very comfortable with his pink mirror-glazed horror. 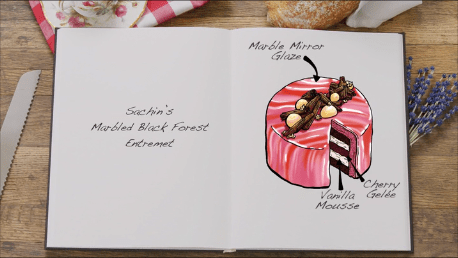 Megan has raw cherries on her cake, which is apparently controversial. 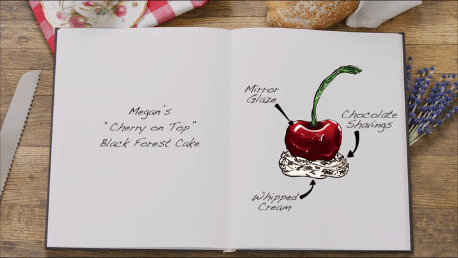 Timothy is making a very fancy looking whatsit! You can't really call that a cake, can you? 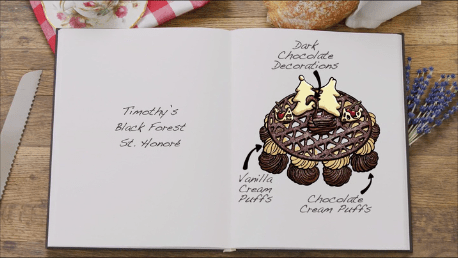 Wow, Andrei's cake sounds very similar to Sachin's, it's also an Entremet with a mirror glaze.

Lots of do-overs in the tent for this challenge, we've got Megan re-making her cakes and Mengling redoing something that was too soft, it's chaos! But everyone seems to think they have enough time.

(They never have enough time. Except Andrei, apparently, and he's the exception that proves the rule)

I'm concerned that Megan only has one hour to bake her cakes and assemble and cool everything.

Time's up and we're into judging!! Andrei is first, it looks absolutely nothing like Sachin's, what was I thinking? 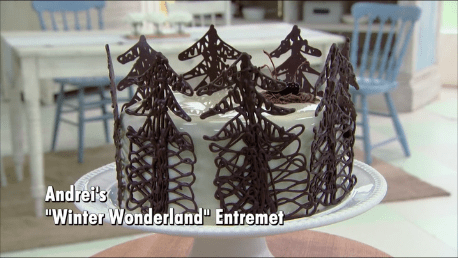 Lookit the layers! The cherry and chocolate mousses are gorgeous, the cake sponges themselves are dry. 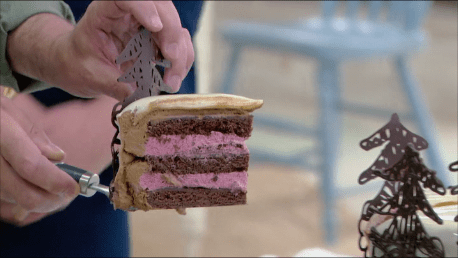 Is Timothy's cake a cake, though? 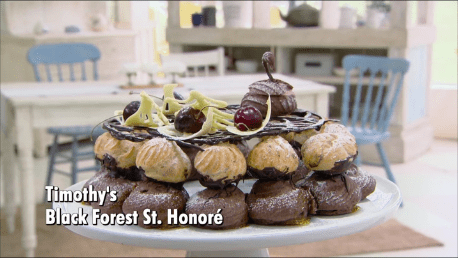 Mengling did not achieve tempered chocolate in her gorgeous cake. 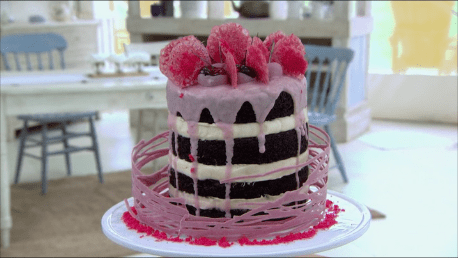 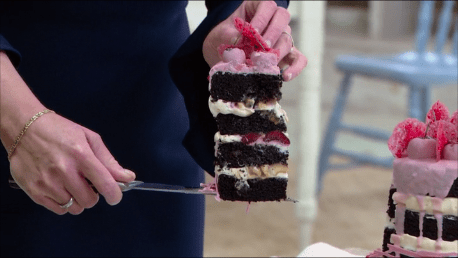 Sachin's cake with its beautiful layers was more successful than Andrei's. 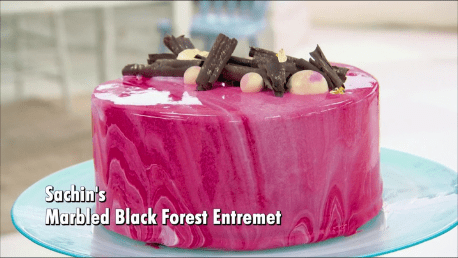 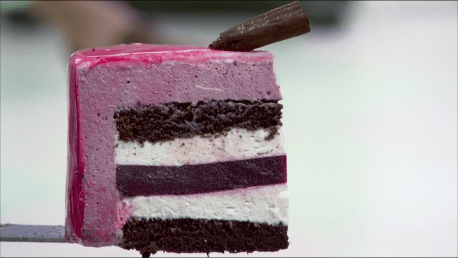 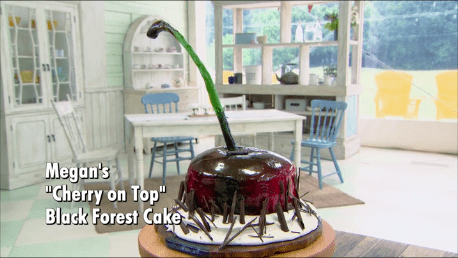 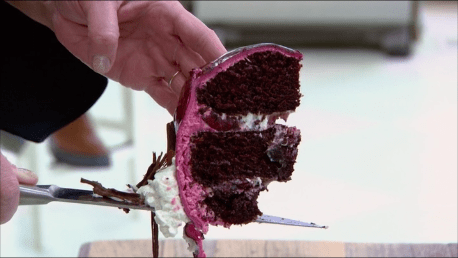 Is that...a giant cherry? She gets mostly good reviews but Rochelle would have liked it better if Megan cooked the cherries down a little.

So! The moment of truth is upon us? Who will be going home? Timothy or Mengling? Just kidding, it's totally Timothy. Will Andrei take his eight hundreth Star Baker? Like, probably. Let's see what the experts thought!

I couldn't say it better myself.

Awww, we knew that, right? Did you know he's only 19? He did amazing! Top 6 in Canada, buddy! Until next time, everyone, which I promise won't be so long as this one took! May all your weeks be chocolate weeks and may all your tea be in a cup only because that's just weird. And also only orange pekoe. Cheers!