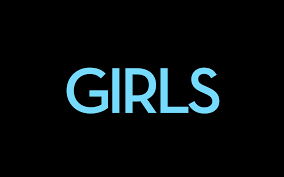 We're back with Girls! Let's see if they did the thing we should only talk about after the break, shall we?

Last week's season opener had a LOT going on. Marnie was marrying a SUPER hesitant Desi, who'd been engaged 8 times previously and had been told off quite firmly by Ray, who is still in love with Marnie. I am sincerely hoping the wedding didn't actually happen; how would they work around that?? ANYWAY, Adam and Jessa kissed (WHUT), Elijah took MDMA, Fran and Hannah boned in the hatchback, Marnie fought with her mom and all was as it ever has been in the world of Girls.

We open with Fran and Hannah in bed; there's a scary noise and Fran must go stop it! It turns out to just be his roomie Jacob...chalking out a body outline on the floor. Sure. He calls it a map to his body, but for reals, it's a body chalk outline. He starts to lose his shite and my favourite part is when Hannah screams "owwww!!" and at Fran's query "it didn't touch me, but it could have". Only Lena Dunham can make fear of violence about being self-centred and essentially HANNAH.

He's disturbed by her bush, which I hadn't noticed until just then, so she pulls her top down and that is a new record for seeing HannahBewbs! Less than 4 minutes in.

Fran and Hananh share bagels and he's moving in with her and Elijah. There's this super weird makeout sesh with Hannah and Elijah that just doesn't ring true, so Imma leave it out mostly.

Caroline is nursing her new bebeh and stealing my cold, dead heart with her "fcuk agave; throw it out in front of my eyes"; it IS skyhigh on the glycemic index, people just think it's better for you because it's natural and fcccccukkkkkk that. If she trash-talks flax next, Imma get a tattoo of her Demi and tell everyone it's a tribal tumbleweed.

We can sum this up thusly; Caroline is not handling the adjustment to parenthood all that well. But really, who DOESN'T want a 40 minute shit? And you still do deserve time, Laird, even if you DIDN'T push a baby out the hole next to your pee hole. Awww see, this is why I love this show. I've seen Laird elsewhere (on Schumer's show, you know you love it. I do not quite as much as you, maybe), but when he says he and Hannah's relashie was solely torpedo'd by the timing of her massive vaginal surgery...you wanna laugh AND pat him awkwardly while sparking an "I'm sorry for laughing" joint.

I am NOT happy Jessa and Adam are fcuking around, which is what Adam was hinting at while handling Laird and Caroline's baby like a radioactive pineapple. I know in your twenties, it's more of a group thing, you pass around dudes like party favours; my turn to date him next! But it rarely works out and Jessa is POISON and what he and Hannah had...I'm still adjusting to her choosing oatmeal-with-agave-like Fran over him.

At Ray's, a new hipster coffee shop (helvetica) has opened directly the across the way; you're not allowed to go there anymore, Elijah! Cut it out! Ray says the coffee here is good (Elijah "Is it?" *wince*) plus hipsterhelvetica doesn't use lids because of course they don't and as things like this go: good in principle (less waste), bad in practice (they're stealing Ray's fcuking lids).

Jessa and Adam are making faces at each other in an AA meeting; he confronts her after but she's not down, at LEAST she's doing one less shitty thing right now. They agree to be friends and follow each other around, though, so COME ON.

Hannah gets called out by a student for teaching them Goodbye, Columbus by Phillip Roth, which is a how-to guide to sex (you're welcome!), and I think this is what comedians are talking about, that pervasive new culture of political correctness ruining college with it's dismissal of literary works with anything provocative in them! Or just an excuse to call Hannah inappropriate and I am cool with either. She gets pulled out of class to take a call from her crying dad, aww man.

And then pulled into yet another discussion with the Principal. He thinks the best Phillip Roth for pre-teens is NO Phillip Roth and yeah. 13 is a little young for sexual bravado and anger and the girls they fcuk. Tiny bit. She scoots to see her dad right in the middle of what I'm pretty sure is him firing her.

Ray wanders over to hipsterhelvetica and their trendy breast-feeding section (because that's what you want in a COFFEE shop, new mothers being strongly advised to limit caffeine and all); he tells the owner to get his own lids, political posturing having NO bearing on the actual existence of extremely hot coffee. It goes about as well as things usually go for Ray, right up until he braces the other person behind the counter for laughing with a "care to expound on that, sir?" Yeah. Not a sir, not male but no reason at all for Ray to phrase it that way, but he gets shooed away with "white man. White Man. White Man" by They.

Jessa's big plans (you don't know my life) today involve staking out a carnival shyster for the $30 he owes her and it's all one colourful date montage and FCUK THAT SHITE. HONESTLY. I know I'm just supposed to enjoy the story and blah blah, but Adam and Jessa make no sense and I won't pretend it does. *indignant outrage!!*

Hannah's mom calls mid-dilemma; she wants Hannah to tell her dad "she wants a fcuking divorce" but Hannah doesn't. She DOES go get his wallet, though! Tad's hookup looks like Wallace Shawn and I was SO 'CITED!! But it isn't, I know him, but I don't know him, and neither does IMDB so whatever. Short, slight balding man in khakis and is it wrong that I immediately thought that Peter Scolari could do WAY better? I don't even know Short/Slight's personality, but his name is Keith, so that should speed things up a bit. He swears that they just kissed and drank some wine but since there was the whole "wallet fell out of my pants while I was taking them off thing"...Hannah calls bullshit.

Keith has already gone through the wallet and sent Tad a friend request, that's totes creepy. He is a fine boot dealer and of COURSE Hannah is gonna get that discount. The giant dog advertised by Tad is the most adorable chihuahua EVER.

Jessa and Adam discuss all the terrible reasons they shouldn't get together and there's a fish.

Which they killed. Jessa thinks that's a metaphor for their relationship: this is us, it kills things. Adam asks if they can be together but no touching and somehow...that morphs into them shaking hands with themselves on opposite ends of the couch.

Cut to Hannah and Tad having drinks; he tells her to make sure she holds on to Fran and "why does everyone keep saying that to me???" and I could tell her...she teases him about unprotected sex with Keith and...erp. He didn't even THINK about that! Sex after being married a long time is hard, y'all. Infrequent, and there are new rules, poor Tad. Get tested and no more barebacking with randos.

She calls Elijah, who is working at his coffee job (more of a career, really), it's our Gay SuperHero to the rescue!

Tad just figures he'll go home again; no biggie, but Hannah finally spills that her mom wants a divorce and Tad is having the worst day EVER. Elijah walks up to see them sobbing and "no way, Cosette" he's OOT.

He's sitting at a bar when a drink arrives from Dill Harcourt AHHHHHH!!!!!!!! It's COREY STOLL!!!!!! Petey Russo is a news anchor and he wants a piece of our Elijah!! SQUEE!!!! They close down the bar and it's probably wrong how much I want them to hook up. EEErhgh, Elijah's going downtown and Petey's going uptown so they part ways after a smokin' cheek kiss. Elijah is kicking himself when Dill rolls up in his limo to give him his card. SQUEE!!

Tad doesn't know what to do, but unlike the spouse he un/wittingly deceived for decades, his daughter will always be there and we're out into the music: