The Magicians is finding it's groove now, lots has been happening, let's see where we go this week!

Last week The Beast killed Eliza and seriously hurt Penny, using meat puppet Mike, Eliot's (former) boyfriend. Alice and Quentin finally boned in corporeal form, though, so all was not lost. Julia found out that there are more types of magic than she knows, including a mother-earth hippie-dippie quasi-religious sort that she found at rehab. RIP BladeBunny, though, that was gross, yo.

Quentin gets his letter from Julia, it's sort of an Amends letter, but not so much. She's meeting up with Richard (MACKENZIE ASTIN!!!!) to talk magic, he tells her she may want to look at doing some penance. She could maybe use that spell to get inside Quentin's head, but for good this time, if she isn't afraid to do the work...

Quentin is working on recovering the sixth book for clues, he has a little piece and Alice knows a spell...they burn the leftover bit and it leads them directly to Penny. Who says he stole it for kicks, read it, spilled beer on it and then threw it away. Oh please. But he read it! Q asks what he remembers?

Penny eventually helps, as slowly and in a drawn-out fashion as possible, first off, Jane Chatwin wrote the book, NOT Christopher Plover. She wanted to correct the errors from the first five books. Her brother Martin had a helluva time getting into Fillory, it kept forgetting him. She found a questing creature, which was a dog, pig and ferret in various incarnations and asked for a door to Fillory, receiving a button in return.

Could Martin be The Beast? I mean, he took a lot of extra time to come kill Jane / Eliza and siblings are either best friends or TEASE EACH OTHER EVERY SINGLE SECOND THEY'RE AWAKE FOR THE LOVE OF THE GODS!!

Anyway, Martin went crazy looking for the key at Plover's house, Q's wondering if it could still be there? They just need to get to England, hey! Penny's a traveler, let's just. And he's gone. "DICK" says Quentin.

Julia is meeting Richard; he wants to her to help a patient named Kira who can't speak. He speaks the incantation and it all goes black for Julia. She comes to in a box covered with flames, a coffin? And then is on a park bench with the extremely smart Kira, who had been working on a spell when her body went south. It's a Popper 45 and they start with the framework? I got nothing. 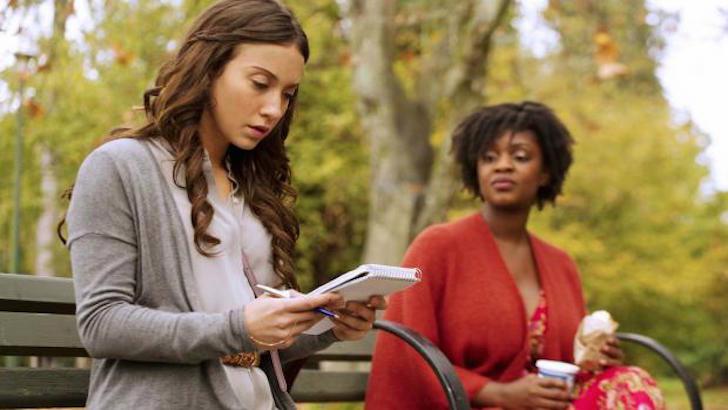 The gang is at Plover's house, where a Fillory and Further Fan Tour is ongoing. In between selfies, Quentin manages to interrupt several times and ascertain that The Writing Room is the place to be. As Q mouths the words along with the tour guide, a disgusted Penny tells him he "will never be a man" with just a touch of wonderment, as though he JUST figured out the depth of Quentin's supernerdom.

Later, they break in and start tossing the joint, except Quentin, who just wants to hump the desk. He and his broken brain have been hospitalized several times over the years and Fillory made him feel well enough to get back in the game. Alice asks if he still feels that way? He says he's figured out how to make it work. Somewhat.

Eliot finds a safe! Full of boring and not so boring letters, including one from Plover's sister Prudence, who was trying to organize a coverup. So. Plover didn't die, he disappeared. And all those children disappeared, so people starting connecting them in a bad way. They start searching Plover's shelves and find book after book of magic teaching, including the whole Traveler 101. Huh.

Alice spots someone spying on them and follows into the hallway; it's the tour guide from earlier and he is terrified. Eliot, as the dryest super villan EVER, convinces him to talk about Plover's dark turn, but the lights flicker and he is gone.

They find him on the floor, throat slit and lips sewn shut. Not too fine a point on that one. They scoot, but only Penny and Quentin make it out, where are Alice and Eliot?

Julia is writing down everything as fast as she can as Kira asks about her background. She encourages Julia to work out magic on her own; it's science. And while it may be harder to learn on your own, its not impossible, especially with a natural bent, like the one everyone keeps insisting that Julia has. She talks about her best day (10 second rainbows) and asks what's Julia's? She brings Kira back to playing Fillory under the table with Quentin when she was 10, they were such good friends. Kira tells her to chase Fillory, that's what she needs to do.

Penny is getting geeked out by the sound of children laughing in Plover's home, Quentin calls it "haunted as balls" and now I must find a way to work that into conversation. They explore all the off-limit rooms, to find ballerinas and creepy kids in turn-of-the-century gear wanting to play tag.

Eliot and Alice come to, finding themselves tied to chairs, with a little girl who warms them to be good; She's coming and She will take them to the Quiet Place if they are not. It's Prudence and she does NOT like kiddos, poisoning / drugging everyone's tea.

Quentin and Penny are trying to follow the little boy when they see Christopher Plover himself walks by, which Penny calls a timeslip. A continuous loop of the past that plays in haunted houses and OOH!!!! Christopher Plover is played by Charles Shaughnessy!!!! AKA Maxwell Sheffiled from The Nanny, but also was in one of my beloved Agatha Christie movies: I told you I was old, right? Well, there you have it. 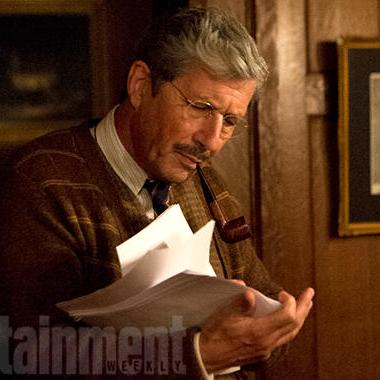 ANYWAY, we see Jane going into Fillory, but Martin can't and he really HAS to be The Beast, doesn't he? Plover comforts him, but he is very sad that Fillory has forsaken him.

The electricity crackles again and the boy appears, taking Quentin by the hand and telling him to hurry: She's coming. Q disappears and Penny is left to confront a furious Prudence, who grabs him by the throat and tells him he wasn't to have bothered Mr. Plover.

Penny and Prudence are in the Quiet Place and I don't know where this is going but she has a BIG needle and she really wants him to be quiet. He GTFO.

Eliot frees himself and wakes up Alice, who is horrified that this really happened to the kiddos, Prudence would tie up and drug the children so not to disturb the writing. The little girl dies and Alice wants to help her to not keep reliving it over and over again.

Jane returns from Fillory with the button and gives it to Martin, who hands it to the watching kiddo, telling him it's a game called Hide The Button Really Really Well.

Julia and Kira are still working, but wrapping up she gives Julia some advice: forget about Brakebills, do it on her own. The world doesn't help smart girls. Oh, and that will be the last spell she needs to work on, please kill her. Whet?? says Julia, but Kira is done and she's allowed and just kill her, kay? Julia comes to with Richard telling her that this is part of her penance: just do whatever is hardest.

The gang is watching another haunted loop with Martin and Plover, oh jeebus, he was a pedophile and he's taking pictures and was trying to learn magic so he could travel to Fillory to be with all those kids. This has to be awful for Quentin, his hero made flesh so horribly. Prudence breaks in on the housekeeper's kiddo, who is watching through the grate with Quentin, dragging him off to the Quiet Place.

The four meet up outside, they have a plan, based on Penny's description of the Quiet Place and Q's knowledge of the button being in the boy's pocket. He asks for a ten minute head start, and then they will all meet up at the Quiet Place, a root cellar around the back.

Prudence stops Alice, Penny and Eliot outside on their way, to be distracted by Quentin producing a photo of presumably nekkid Martin. She tears it up, but he tells her he's hidden another 4 dozen around the house, everyone will know what Plover was and good luck with that. She disappears and they have ten minutes to dig up a dead body.

Julia and Kira are sharing ice cream while they wait for her to die; Julia comes out of the spell crying as Richard gathers his syringe and drugs.

In the root cellar, they've found the boy's body, now they just need to dig through his rotting clothes..oh, there it is! They leave, but Alice wants to clear the ghosts, to put them to rest. Eliot isn't rebounding very well from the betrayal and killing of Mike, so he yells at her and Quentin has to back him down.

Back at Brakebills, they're looking at the button and Quentin tells Penny not to touch, who scoffs and...disappears. Like he would. And we oot!

I am finding myself grudgingly drawn to Julia's developing character; going from spoiled brat to seeker and hey, us smart chicks have to stick together. Heavy episode with the truth about Plover coming out, a children's drawing of the past indeed. I like Quentin and Alice together, but I don't really feel it, you know? I don't think he and Julia are done. Our poor drawn Eliot, I hope Margo comes back soon and cheers him up soon. Until next time, little Charmers!