We definitely have badass Captain Sandy Yawn with us, wooo! I love her empowering yet involved management style!

Plus she's dating a gospel singer and I figure that's a pretty good win for Pride Month. Happy Pride, everyone!

Chief Steward Hannah Ferrier is also back, I expected that entirely.

Oh. João Franco has returned as well. AND as bosun, which is a big step up for him. Interesting. He and Hannah haaaated each other, so I expect some hate-humping. Our Zimbabwean Bosun is happy to be here! He knows he has some karmic debt to pay off.

We have a female chef for the first time on Below Deck OR Below Deck Mediterranean! Chef Mila Kolomeitseva believes women in the kitchen are underrated, but I guess it depends on whether they're fertile and/or wearing shoes. 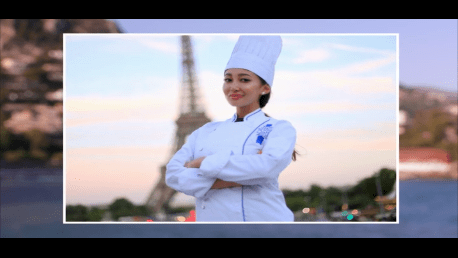 Deckhand Colin Macy O'Toole with the awesome parents has returned for another season Below Deck.

I can't wait for the showtunes!

Our second steward Ayesha Scott brags about her work ethic right off the hop, she seems to think it's tied to age. Cannot agree. Ayesha, but I enjoy your fresh take on "I have a banging body but I WORK HARD and talk about sex randomly."

Next up is new deckhand Travis Michalzik, a dadbod in his 30s from Australia.

Third steward Anastasia Surmava talks about her work ethic too, they know the main part of the third stew job is to look hot on camera, drink too much, and try to bang someone inappropriate right?

JK, one of the things I like about Below Deck and Below Deck Med is that the crew are actually doing something instead of sitting around gossiping. Here they gossip while they work!

Adorable Jack Stirrup from Londontown is with us as a deckhand, lookit the hair!

IS HE KISSING HANNAH IN THE PREVIEWS??

We're in the French Riviera, wooo!!

I love the music on the Below Deck and Below Deck Med, it's so bouncy! Hannah arrives first, she loves the south of France, that's why she got into yachting! So does Captain Sandy, who is already waiting for her. Captain Sandy says the Mediterranean is where everyone shows off, it's the best of the best.

A quick review of last season (Hannah almost got fired but did not) then we're onto reviewing the interior crew. Anastasia is a chef too, cool! João appears, he and Hannah used to hate each other but they've made amends.

Mila comes rocking up next, she's a tiny Siberian. She has an excellent credentials, but this PICTURE hahaha.

The rest of the cast and crew file in, they're back on the Sirocco, did I say that? Anastasia speaks Russian too! She was born in the Republic of Georgia and that explains her comment about immigrant work ethic, which had confused me as she's from Vermont.

Jack is adorable and that Liverpool accent is gorgeous. Colin is happy to be there, I wonder if he's ready to come out? Unless he isn't gay at all or it isn't my business anyway, in that case: Happy Pride Month!

Ayesha is a Kiwi and still bragging up her work ethic (not really going to impress Hannah with that, exactly, is she? Unless Hannah sees a chance for more smoke breaks) while Colin and João renew their bro-bond.

Travis is overfamiliar with Captain Sandy and she puts him in his place, somewhat nicely.

I don't know if the "we're not friends" after was necessary, but no way would any of these guys been casual like that with Captain Lee or Captain Mark, the Giant Freckle.

Captain Sandy calls everyone into the lounge for a Welcome Meeting, waxing ecstatic about Jack's hair (it's the BEST) before introducing us to the people actually running the ship. Hai First Officer Casey and Chief Engineer Mike, you look relatively camera-friendly! You must not make bad life choices on command.

Captain Sandy reminds everyone of the hierarchy on board (SHE'S AT THE TOP), if she wakes up thinking about you, you're probably going home that day. Don't be that person.

Provisions are heyah! Everyone works hard while Jack...takes a smoke break and sips on a bevvie. Don't be that person either.

Hannah and Chef Mila go over the menu but Chef Mila has to excuse herself almost right away, she's not feeling well. She was hoping to make a good impression but last night's shrimp pasta has intervened. She's Russian, she's tough, she will get through this, she vows!

Hannah takes the interior crew aside for planning while João does the same with the deckhands. Travis is named Lead Deckhand based on his experience, Jack has the very least.

João gives us an update on his relationship with Brooke, second stew last season; they loved each other, she came to Zimbabwe and then she cheated and it was over.

Our first Pre-Charter Meeting, woo! Chef Mila drags her sick self out of bed to attend, looks like our first Primary Chart Guest of the season is Jay Robertson of Santa Monica, CA, a luxury mortgage broker (FANCY mortgages!) and eligible bachelor. Captain Sandy looks at Hannah, but Jay's at least twice Hannah's age. How fancy are these mortgages, anyway?

John and Carol Brady will be joining Jay for Carol's birthday, as will friends Steve Kenilvort and Dania Leon. Chef Mila runs out to vomit again.

18 hours before charter! Travis has been checking out the local talent, he's digging sexy Hannah so far.

It's the end of the day, Anastasia does yoga while João Skypes and the rest of the crew visit in the smoke pit. Ayesha is already sexually inappropriate because of course she is.

João and Hannah chat, he's a little worried that the new guys have more experience than him and he knows that can be a problem, given how poorly he treated his superior last season.

It's weeeird that nobody's brought up the previous bosun that Hannah was banging.

Hannah's can't believe she and João are talking to easily, but she's all for "douchebags redeeming themselves."

I love watching the crew work hard while the guests drift through luxury, it's a behind the scenes look at the industry.

Hannah introduces the guests to the suite with the massive dong

The guests settle in while João prepares for departure and Captain Sandy tells herself it's going to be "fine! fine!!" And it is! Guest Dania Leon is having the most fun so far, she's swinging off ledges and singing little songs of happiness about being delivered a crisp Coors Light with blue mountains.

Time to put anchors down for funtimes, Captain Sandy is again anxious.

The deck crew deploys all their weapons of mass enjoyment as Chef Mila prepares foie gras burgers. Hm. Did she just sniff a bottle of Hidden Valley Ranch? If she's Cordon Bleu trained, wouldn't all her dressings be fresh? I have my eye on her.

Travis acknowledges that Captain Sandy is deserving of respect, perhaps even her title! Captain Sandy is keeping tabs on whether João starts flexing power now that he has it. She promoted him based on his attitude.

Chef Mila tells us she used to play poker and take men's money, felt so gooood.

Jack and Anastasia are sent to town with the guests for shopping while Ayesha stocks the liquor and Hannah smokes.

Look where they are!! 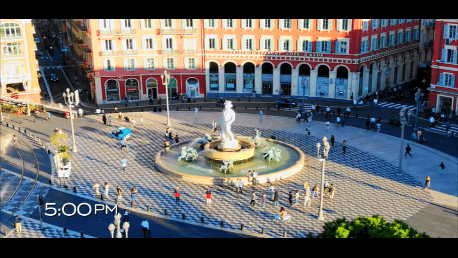 Everyone has a wander then Jack and Anastasia LEAVE THE GUESTS ALONE and go look for fresh milk for Hannah.

The guests get increasingly angry as Jack and Anastasia finally find some stupid milk. João rescues the millionaires while Anastasia and Jack get to know each other a bit.

The guests have an awesome time on the slide and seadoos while the gang makes it back to the Sirocco.

Chef Mila prepares for supper by taking out several boxes of pre-made Old El Paso tacos. Captain Sandy and I are confused. That's what the guests are eating? Captain Sandy is concerned, but there is that impressive CV, so.

How easy is it to fake a resume, anyway? Let's ask Kasey Kohen from last season!

Chef Mila has put storebought tortilla chips on a platter and is now spooning cold canned corn on top: good to go!

Ayesha asks if she's going to add cheese? So Chef Mila adds cheese, on TOP of the cold salsa and pops it into the oven. What the??

Hannah declines to serve the nachos.

The guests are very polite, but Hannah's embarrassed. I'm embarrassed for Chef Mila, who is already plating the steaks until Hannah suggests maybe she wait until they've finished their appetizers.

Chef Mila checks the temperature of the her main course and heads down into the crew mess to microwave the steaks.

Hannah and I are horrified while the unknowing guests make jokes about being great "heaters of food" which is also something that should be on Chef Mila's fancy resume.

We're out! Season trailer! It looks very exciting, does literally everyone hook up with everyone? WHO is Hannah snogging? I can't tell! Until next time, which should not be quite so late! *fingerscrossed* Cheers!