Welcome back to the Great Canadian Baking Show of only a few years ago but with PVRs and Netflix: does time really exist anyway? Nope. Let's roll into my recap of GCBS S2:E05 Pastry Week after the break!

We open in a field with hosts Julia Chan and Dan Levy playing Pictionary to introduce....Pastry Week! Wooooo! This is a tricky, tricky week with many pitfalls, will our baketestants rise to the challenge?

Last time we lost Sadiya Hashmi of Edmonton in a shock elimination following right on the heels of her turn as Star Baker. Megan Stasiewich of Leduc took her first crown with her Northern Lights diorama, so it kind of balanced out for Alberta, yes?

We only have four other bakers, what's going on?? It's going so fast! Let's see who we've got: Sachin Seth from Halifax, NS, he's a threat for sure; Timothy Fu from Edmonton hanging on by his fingernails; Mengling Chen of Toronto; Devon Stolz of Saskatchewan and frontrunner Andrei Godoroja from Vancouver who gave himself 'baker's elbow' by overpracticing this week.

Dan and Julia file into the Bake Off tent with judges Bruno Feldeisen and Rochelle Adonis to introduce the Signature Challenge for Pastry Week, the bakers will be making a slab pie, i.e. a rectangular pie with more yield.

Now this is unusual, everyone is choosing butter as their crust fat. Butter definitely tastes better than shortening or lard but it's nowhere near as flaky so I'm intrigued.

Devon plays Dungeons and Dragons? I was sure the internet killed that right? 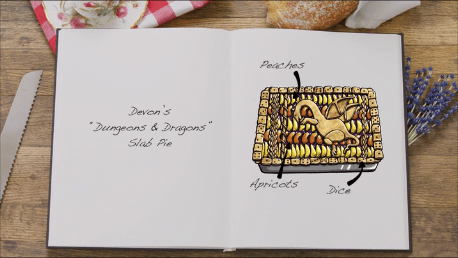 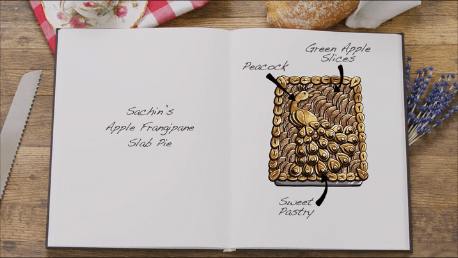 Timothy's pie looks great, but Dan and I want to understand about the banana. 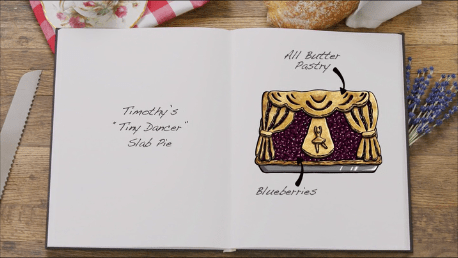 In case you haven't gotten an idea of scale yet, the pies are using a slab pan, aka a half sheet cookie sheet. That's huge. Megan has chosen to not blind-bake her pie (bake first with beans or weights inside to keep it from fluffing up), following family tradition instead. But. Is it family tradition to make a giant pie? I'm worried about stodgy bottom with hers, but then again the sheet pan is not very deep so she may be alright. 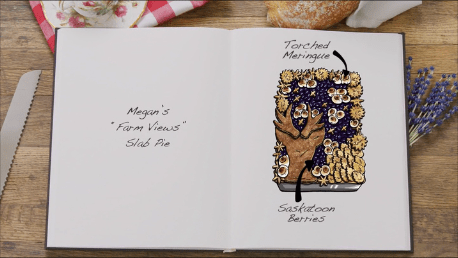 Huh. Andrei is using balsamic vinaigrette with his strawberries. 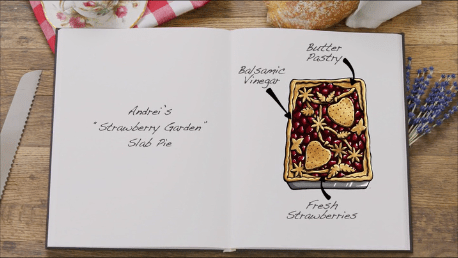 Not enough top crust on Mengling's! 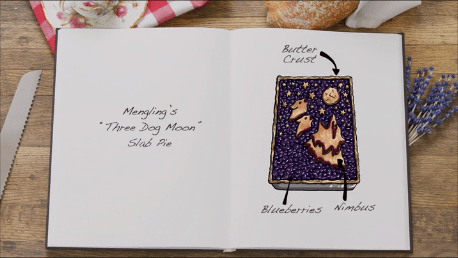 There's not much time in this challenge and unfortunately Devon has run into a problem with too much butter. He works frantically to get caught up, Andrei jumps in to help make pie crust decorations because that's how you do it on GCBS! Nobody wants to win because someone had a lousy day with butter, they all want each other to succeed, just maybe slightly after them.

Devon's pie starts smoking in the oven, he has far too much butter in that crust, perhaps due to a double calculation error? That's so easy to do.

Timothy is first, he didn't blind-bake his pie long enough so it's underbaked but Rochelle likes the banana. 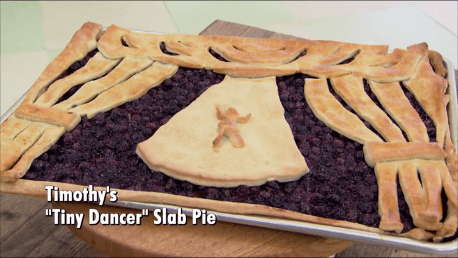 On to Andrei's pretty curiosity which is well baked and a "perfect slab pie" as though slab pies exist out of this sole GCBS episode. 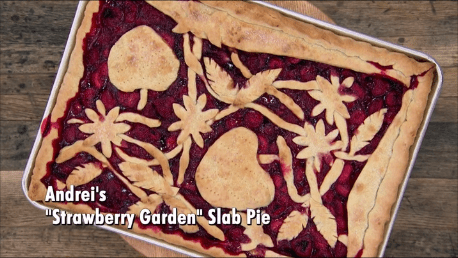 Sachin's made an invisible decoration, he's totally the guy who gave us beige on beige cake on our first outing together. 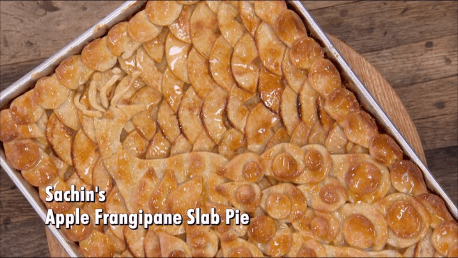 Devon's pie didn't get any better. 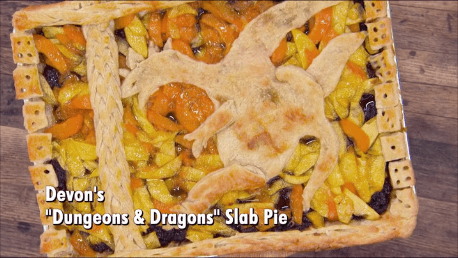 Mengling's depiction of her puppy Nimbus and pals was done very, very well. 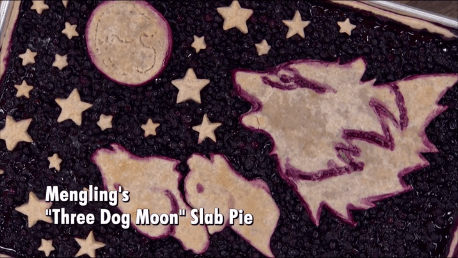 But Megan's choice to not blind-bake her crust has resulted in a completely unbaked pie. She cries as Rochelle and Bruno look for nice things to say about the rest: the flavours are amazing! 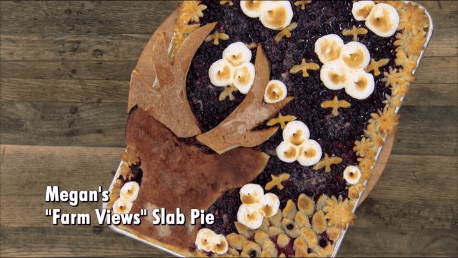 Onward to the Technical Challenge, judge Bruno tells the bakers to "keep your cool" which, lemme see, add in pastry week, carry the freezer and I get = some kind of full or rough-puff pastry.

The challenge is: 12 sweet and 12 savory palmiers (pronounced palm-YAY)! 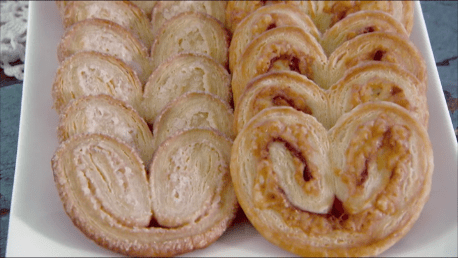 The shape will be key, since people like Devon don't know what they are, will there be enough instructions to be able to suss the heart-shape with a round bottom?

Okay, pastry is super finicky, none more than puff pastry but still: you need to be careful you don't overwork or over-warm the dough. Three turns (folding over and chilling, then folding over again) are all that's required but Andrei is on number 6. Disastrously, Devon has decided to follow Andrei's unknowing lead.

Folding will be key to shaping, NOT rolling and I love the editing on the Great Canadian Baking Show. They'll tell us exactly what's supposed to happen then cut immediately to someone doing the opposite.

From least best to most close we have:

So we roll into the Show Stopper Challenge down a Devon and up a Mengling, when will we slough the deadweight that is Timothy? I'm kidding! (I'm not kidding).

We'll be making 18 breakfast pastries today, 6 Danishes, 6 croissants and 6 sweetbuns. We have four and half hours to make the breakfast basket of Dan Levy's dreams, go!

Dan is dressed in high 90s drag, he looks so much like his dad it hurts.

On to Andrei's table where he is pounding cold butter into submission. 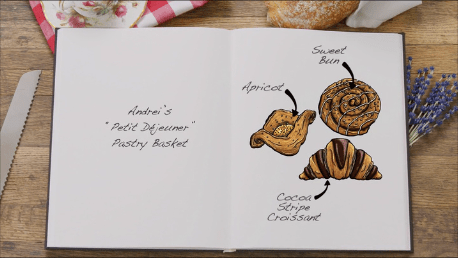 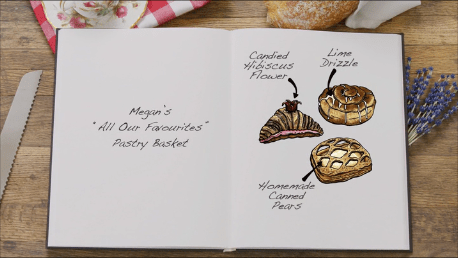 We watch the bakers fold cold butter carefully between layers of pastry, I bet it smells like Valhalla up in there.

Mengling is using Yuzu, which I've heard quite a lot about but have not tried. Any feedback out there? 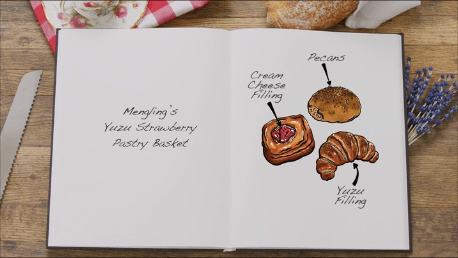 I say this with all respect, Sachin: marzipan is carob is margarine. I'm sorry I had to be so harsh, but it's better you understand where I stand on things of such importance. Why would anyone make an almond croissant when there exists chocolate in the world?

Devon is using Swiss Chard because we already used Gruyere in a challenge? I don't know. He's using his dough scraps as an homage to his mom. 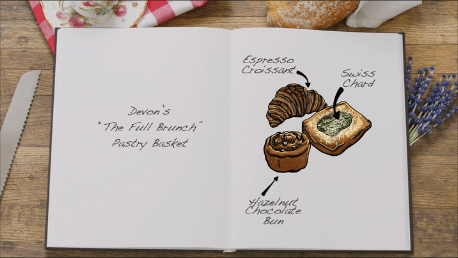 Timothy does almond too? But...bear...shaped. 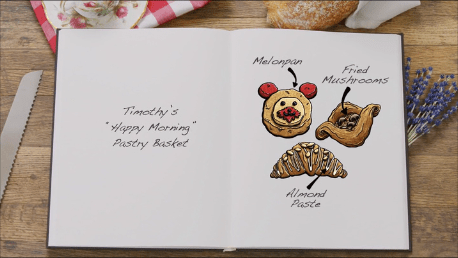 One hour left and buttery pastries are flying into ovens across the tent, baking timing will be key. Sachin is shocking his with 450 degree heat, then presumably lowering it to get a full bake. I am concerned for our beige baker.

Sachin is up first with his great flavours and light as a feather pastries. 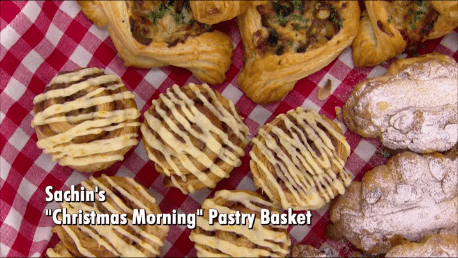 All of Mengling's look too dark to me, but what do I know? The real problem is that she didn't achieve enough lamination because she only turned her dough twice. *sage sad head shake* 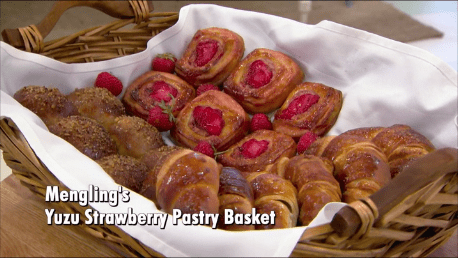 Megan does well, her presentation is always great but her filled pastries did not puff. 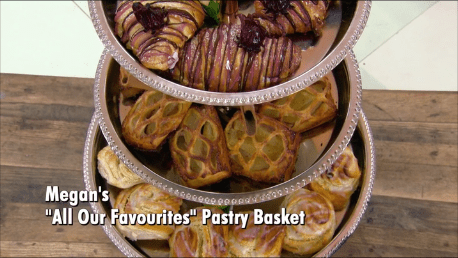 Devon's flavours are great but...the dough is off. 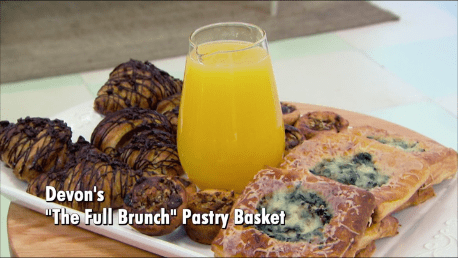 Andrei has created a perfect Parisian breakfast basket with his astounding lamination. Bruno suggests that Andrei move to Paris and open his own bakery. Andrei loses the power of speech at that point. 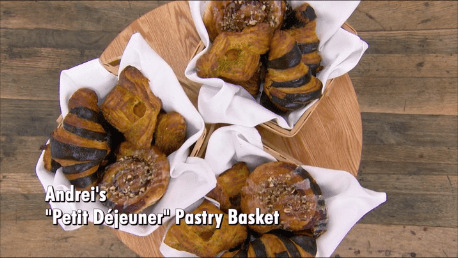 Timothy is taking us on a bear hunt and it seems our shy baker has pulled through with an excellent basket of laminated goodies. 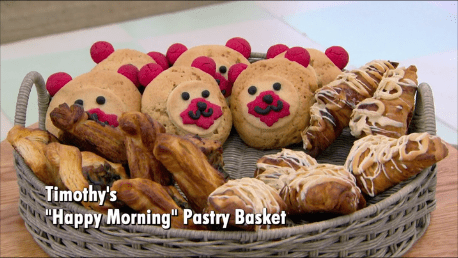 I guess we're losing Devon today and that makes me very, very sad. I have a soft spot for his creative bakes.

So who's in the running for Star Baker? I don't know. I guess Mengling, always Andrei, hmmm even Sachin perhaps.

Andrei takes Star Baker! That's not a surprise, he always does very well.

Awwwww even though I knew that was going to happen, I cried anyway. I will miss Devon. Until next time, everyone, cheers.