And this is it! We're at Fashion Week and now we find out who wins season 15 of Project Runway!! Yay! Let's roll after the break

They're been sitting in the room waiting for Tim instead of making more clothing, he has their critiques written down for them! And $500 so they can go to Mood and create two new looks each right before the most important day of their fashion careers thus far.

You know, it's funny, I loved Michael Kors on the show back in the day, but I get Nina Garcia rolling her eyes a little when he was carrying on too. He went on and on, self-promoting (maybe I should make a perfume called Cohesion!) and just that little bit much, you know? I love the confidence, sometimes it came across as straight-up arrogance. I won't compare him to the other judges, he's definitely his own person, but he doesn't seem to give much consideration to other opinions.

After Mood, they only have six hours to finish their looks and Roberi is struggling. I really couldn't agree with him more: they can go hammer and tongs on about cohesion, but he HAS to listen to his own voice.

Erin works in a plug for the Brother Dream Machine, atta girl, Robertson! She's creating a textile that looks like the one her friend handpainted on, I dunno, man. That's a lot of half-peeled bananas. I do love that she also pushed back against the judges' insistence that a woman's form must always be shown. I just don't know if bananas have to be involved too.

SuperFast TimTiques: Rik is changing the lengths to uniform for his collection and is showing lots of skin and going with another leather dress since the judges loved the one with the bow.

Laurence is adding a shift under her brocade jacket and thinking of scrapping her linen garbage bag, Tim thinks those are good calls.

Erin is making another top; Tim tells her to not be too craft-y. She's confident.

Roberi is still fighting for his vision; stick to it, Roberi! You got this! He doesn't want to change anything, saying "confusion is my thing." Everyone needs a thing, Roberi, mine is over-long stories with too much detail and yours is a collection with My Little Pony meets Suburban Sally. Do you! Tim challenges Roberi to show cohesion in his collection, Rik thinks calling your collection Confusion is a copout, pfft. He does switch out the sneakers for strappy red heels, though, so he was listening.

We getta little look back at Laurence's time on the show, her leatherwork is sublime. I'm glad we see other things from her at Fashion Week.

Now we're looking at Erin's work all along, from the top to the bottom, she feels totally changed from the beginning.

Random workroom musings; Roberi thinks Erin's collection is boring, Rik advises Laurence in interview to rethink the bodysuit with straps. I was trying to figure out if I was looking at her vagina or not.

Rik's review time! He wants to prove that this "little Latino boy from LA" can be polished and sophisticated. His leatherwork is sooo very good and he's feeling appreciated and that's all an artist can ask for!

Gather 'round time with Tim! He chokes up while they try not to freak out about the time ticking by; he's so proud of them and their work, he's just happy to have been there with them. Group hug!

And now it's time.....the New York Fashion Week runway awaits and it's HUGE! HOOGE! So many people are going to be packed in there, so many lights and people, I don't even know.

Laurence is all deadpan and Erin has a half-peeled banana on her crafty leather dress. I mean. Backstage prep time! Rik is on top of his shite and ready to go; Laurence is still sewing and Erin is crafting as ever more. I mean.

The show is about to start: look!! Ashley Nell Tipton (last season's winner) is there with Nick Verreos and Kelly from the Deli! 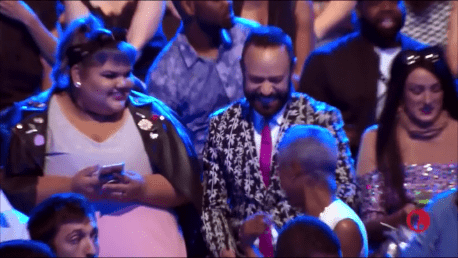 Bad news for Roberi: his model Veronica isn't here, now he has Hildy, who will be walking in the wrong size shoes.

Um, Heidi? Or should I say Grecian Hooker Barbie?

Zendaya is the guest judge, she looks bored AF already. Laurence has to deal with a rip at the last minute: will she get it done? Either way: time to gooooooo!

Rik is first, let's see what Bandits looks like! He has a great group of models, they're all strong walkers. Highlights: 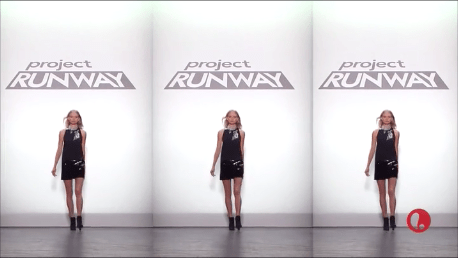 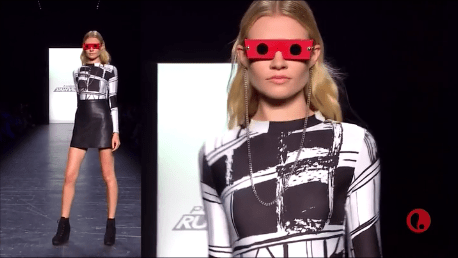 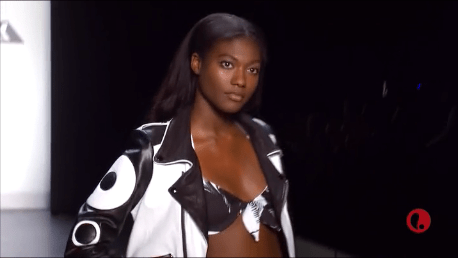 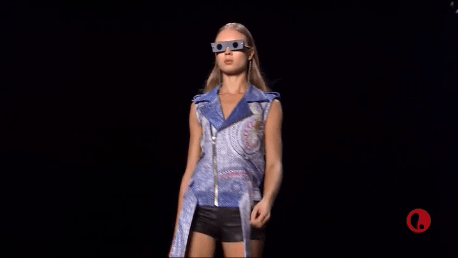 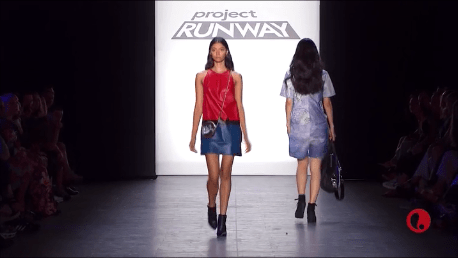 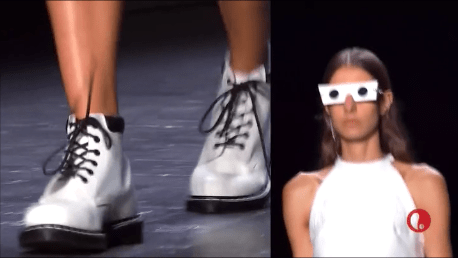 Now Laurence and her Finding of the Light in the Darkness, let's see! Highlights: 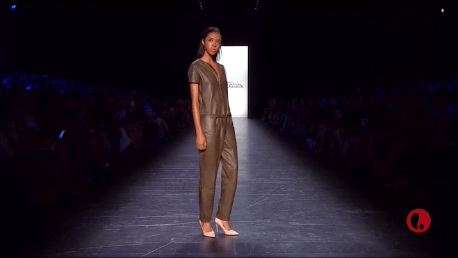 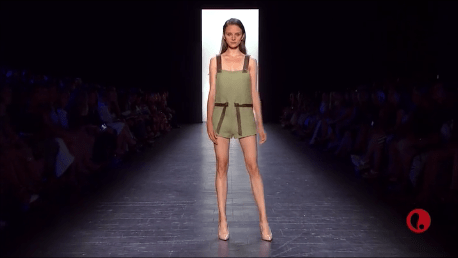 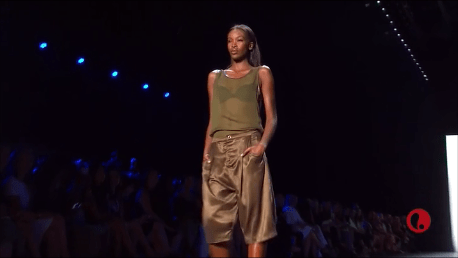 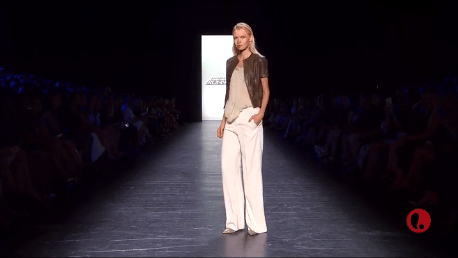 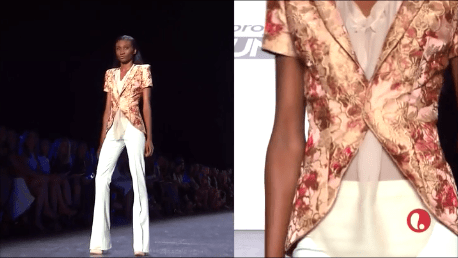 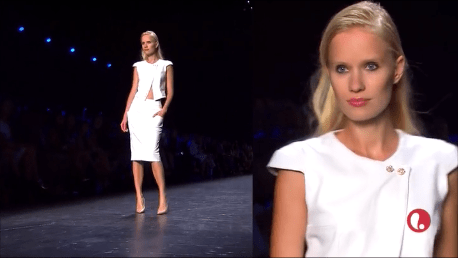 And then we have Roberi's Confusion collection, yay, his boyfriend and family are here!! Highlights: 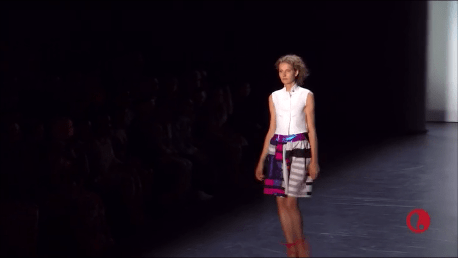 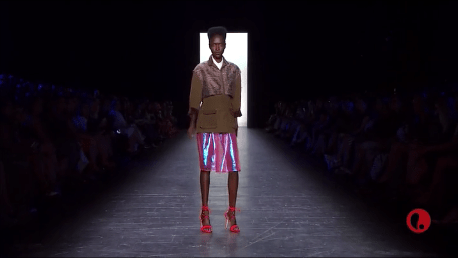 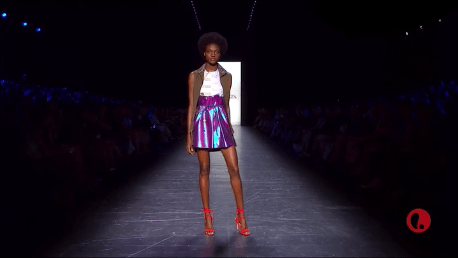 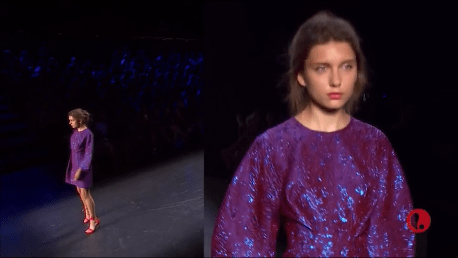 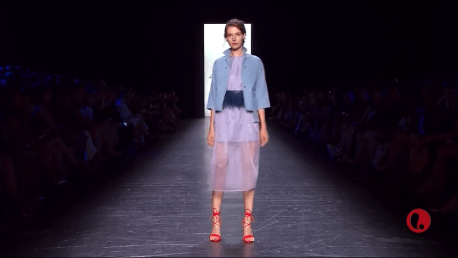 Erin is last, let's see her clean up with Project Funway. Highlights: 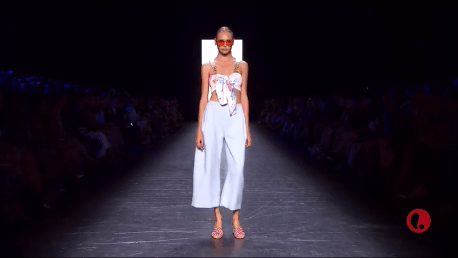 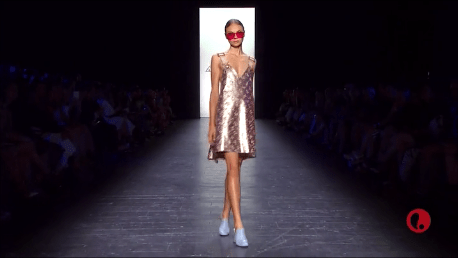 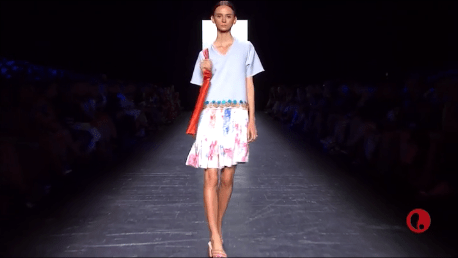 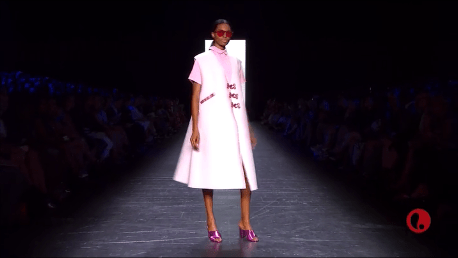 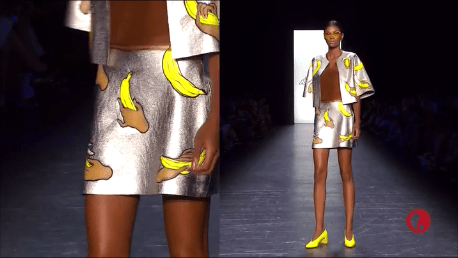 And that's it, now we're into judging! What kind of feedback are we going to get? All the celebrities and former contestants sound off on their favourite, Kelly Osbourne loved the bananas because of course she did.

Roberi: they are so proud of him! I loved his first dress the most, Heidi liked the feather-y one. Zac calls his work "feminine but cerebral" and sigh.

Erin: it's very "runway effective" and we get a little look at three. It's interesting to me that all the judges reference liking some of her work more than others, maybe this isn't the lock I thought it was for her. *fingerscrossedRoberi*

Laurence: Zendaya loved how there was toughness, a bit of swag in everything. It just needed more tailoring and less commercialism. 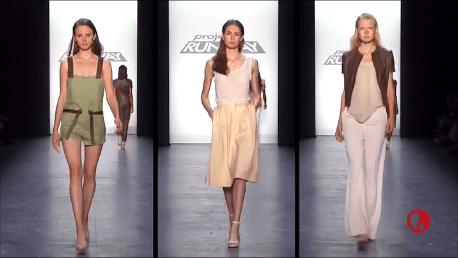 Now it's time for that uncomfortable question: why should you win Project Runway? So dumb, what is everyone gonna say? COZ I'M THE BEST, YO! In various dialects.

The judges think Laurence lost her coolness; she gave them too much Already Available. She did not win. Rik turned it out! They were very surprised. The only problem Nina had was that they don't know who HE is as a designer. Erin gets props for her sense of humour and unique and now viewpoint. Roberi Roberi Roberi STUNNED them. There is a fresh point of view and they know who he is. *fingers crossed*

First out is Rik: he is out. Laurence is gone next, which means that it's between Erin and Roberi as I foretold oh so long ago.

And it's Erin who wins. Yay. Congrats Erin. Great job. She seemed, like, super excited to have like, Heidi on stage with her. Deuces!

Take care, those of you who read along this season, congratulations to every single contestant that came on Project Runway to show us their amazing work, I appreciated it all! Until next time!