Hi, how are you enjoying MTVs sexiest show The Hills: New Beginnings? I am all over it, it's so good to see everyone! See everyone fight and gossip about each other, mostly, but still! Glorious. Let's roll into S1:E04 Not to Eavesdrop, But to Eavesdrop so we can find out how far they're going to push this Audrina/JustinBobby/Stephanie love triangle.

I'm just going to say: I'm sort of in a similar timeline to Audrina Patridge (except for everything) and the idea of trying to date while trying to divorce while dealing with an ex who might be interested in another old friend? F***ING NIGHTMARE.

We open in Avenue LA Nightclub with Spencer and Heidi Pratt meeting manager Desiree. I love that Heidi always looks like she's walking some kind of alternate runway.

They're throwing a party for Pratt Daddy Crystals, pushing those pretty hard this season already. Apparently their online business is booming, time to Instagram some more models wearing them! Just in a club now, not Brandon Lee's pool.

Spencer explains the layout, they need an area for the Crystal Healer, who may be bringing a massage bed. Suddenly, I am interested in going, any party where there is a chance for sleep: bring.it.on.

Heidi asks about an open bar, which makes Spencer squinch his shoulders up.

Approaches like: not spending 40k on a bar tab for people you're going to give crystals to as gifts. They sit to discuss a business strategy; Heidi's willing to support a two-hour open bar. I think that's wise, but also difficult to manage.

Spencer checks with his assistant on RSVPs, they have 250 people already AND his mom wants to bring his arch nemesis, his sister Stephanie Pratt.

Now we're over at Mischa Barton's house with her and her acting coach Mallory McGill. I know very little about Mischa other than the mess with Perez Hilton, it's so meta that she's here on The Hills since she was on The O.C. Weeeird.

(I don't want to be mean, but she has the most monotone voice I've ever heard. It's impossible)

Mischa tells us a little about her mom, who was one of the OG momagers and then about her latest career information. She's auditioning for an indie film with Kelsey Grammar (really?), running lines with Mallory is preparation.

Hai Linda Thomson, aka Brody Jenner's mom! Also married to too many famous people to list and anyway, here she's Brody's mom and he clearly loves her to death. He's at her house with his wife Kaitlynn Carter. Brody's most famous relative is his dad Caitlyn Jenner, of course, but he's never had much of a relationship with him given a very early divorce.

Brody's brother Brandon is also at the house, he pops up when everyone is looking at old family photos. Remember when you had actual photos to look at and not just someone's dirty phone??

Awww, there's one of Brody and Spencer! 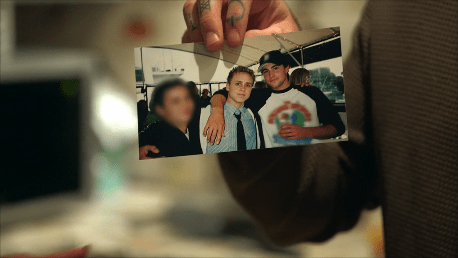 Brody thinks he's just about done trying to be friends with Spencer, it's a LOT of work.

Also a lot of work is the relationship between Caitlyn Jenner and her sons. Linda tells the story of her husband Bruce Jenner telling her early in their marriage that he wanted to transition. She went from an initial sense of devastating loss to supportive, but can't understand why he gave up being a father. Caitlyn didn't even come to Brody and Kaitlynn's wedding.

Heidi and Audrina are having champagne and caviar at Voda Spa, oooooh. Audrina brings Heidi up to speed on her divorce (which is a slow, slow process), she and her ex have both signed the papers but it could take months for it to be completed.

Ah children, they make us so happy and so sad.

It's so hard to be without them.

We cut to news about Justin Brescia, aka Justin Bobby, who's been being weird with Audrina. Heidi suggests talking to Justin Bobby about how she feels, but I don't know if that's the best conversation to have at an open bar, izzit?

Brody has been working on a song, remember who else Linda Thompson was married to? Music producer David Foster, that's when I first met Brody and Spencer! On Princes of Malibu! David was the crusty stepdad with a heart of gold.

Somehow all that music influence has resulted in Brody DJing and being in a band, AHZ, they're about to release a new song. Blah blah invite Spencer? blah who knows blah.

I did NOT know that his mom Linda is also a songwriter; did you know she co-wrote "I Have Nothing" with Whitney Houston? WHAT?

We're already at Brody's record release party (that was fast), hai Justin Bobby! Actually, everyone's here, Mischa, etc. In fact, Mischa and Linda have been friends forever, that's kind of crazy. Linda even offers to help her get her new role, wooo!

Once again: Caitlyn is not there at Brody's event, but I have to wonder if that's a contractual thing. Is Caitlyn still on Keeping Up With The Kardashians? Is that even still on? I'm not a snob, it just was never for me. Too much vocal fry.

Let's watch the video for Bad Decisions by AHZ!

Michael Utsinger and Justin Bobby stop to give Brody some feedback on his video, it immediately swings over to shittalking Spencer, who didn't show up for the release party. Brody does an imitation.

Spencer's checking in on his crystal wizard, meet Hovave! 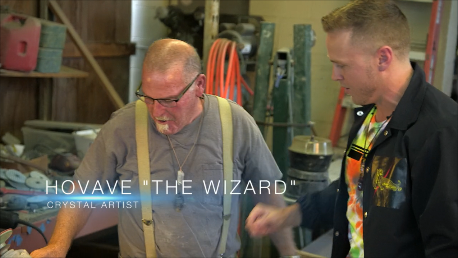 Spencer's checking inventory, they're giving away free crystals to everyone at the party because of course they are. They just need one "influencer" to wear it in their "everyday life" to help it kick off. I think Spencer has a much better handle on what's required for that to happen than Heidi, who is horrified that they're giving away so much stock.

Brody meets up with Brandon Lee for a game of tennis, Brandon missed the party but met a giiiiirl named Ashley (of course her name is Ashley) who's asked for some alone time this week. He definitely has a type; brunette models.

Brandon talks a little about his parents; they're Pamela Anderson and Tommy Lee, of course! He could see getting married one day. Brody's caught up in how hot Brandon's mom is.

Isn't that against bro code??

We're really putting the pressure on Caitlyn Jenner this episode! Now Brody and Brandon are talking about her!

Brandon meets his date Ashley, they discuss whether they're nightclub people and try on clothes. They're so cute together.

Time for the Pratt Daddy Crystal launch party! Audrina is being driven to the party by her friend Joey, who can't believe Justin Bobby denied kissing her to Stephanie. Joey doesn't trust Justin OR Stephanie, she calls it fake news.

The party is kiiiiind of insane looking. This has to be the crystal healer.

Jason and Ashley Wahler arrive as Spencer waxes worry about the success of this party; this is everything for them, all their money is in this. Heidi's in the bed! See? Parents know what's up.

Stephanie arrives with her and Spencer's mom, Janet. Heidi immediately and literally clutches her crystal. Spencer manages to hug everyone, woooo, while Stephanie hopes for civil.

Audrina is next, same time as Frankie Delgado and his wife(?). Justin Bobby makes it shortly after, hugging Stephanie first before Audrina screws up her nerve to take him aside.

Audrina asks why she's hearing some shittalking, I love that he responds with "I've probably been expressing some feelings that I haven't shared with you" which is exactly what she's been doing as well.

Ashley and Jason are sitting with Mischa and Joey, Ashley starts talking about the Audrina sitch so Joey jumps in with her own theory, after saying "Not to eavesdrop, but to eavesdrop."

Mischa asks if she really is saying that and I'm not paying attention any more because Justin and Audrina are throwing down in the corner. Ahhhh beautiful Audrina, do not waste any more time on this adorable shitbag. I know he's gorgeous, with those big dark eyes and pillowy lips, that's how he gets away with saying garbage like their kiss wasn't sensual or some shite.

Joey is a first degree shitstirrer, but she need to work on her cackle. Nobody knows where to look, because Joey is being an old skool reality show villain and they're used to a little more finesse these days.

Frankie doesn't understand why she thinks Justin would lie to HIM, it's not like he's trying to sleep with Frankie. Stephanie's had enough and leaves, kissing Joey on the cheek (who calls her a shady bitch immediately after) and calling over Justin for a goodbye. Izzat okay if he talks to Stephanie for a second, Audrina? Are they good?

Joey's over at Audrina's house next, talking about the difficult custody transition. It's never easy or fun. We're out for another week! Since I'm so far behind, I might be able to bang another one together shortly! Cheers

One thing I realised I really like about The Hills is that it's kind of an upscale reality show. Not to slam other reality show producers (rhymes with Smavo), but MTV doesn't do those cutaways to signify commercial breaks and come back to it to flog a piece of drama for a few more minutes. It's got unreal cinematography, the best up and coming music and a real eye for the editorial. 100%