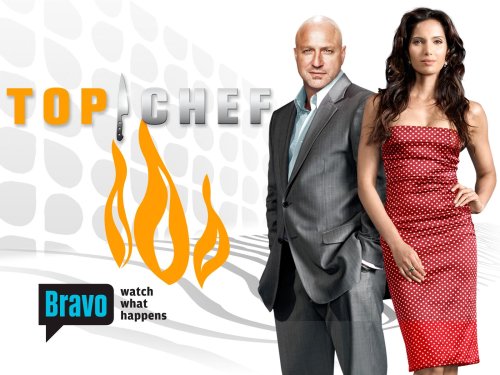 It's Top Chef time, are you as excited as I am??

We open in Palm Springs whut whut!! It's party time, excellent for the chefs, minus Giselle, sorry bout that...Karen is NOT sorry to say gbye, it's not Top Line Cook, G!

Phillip STILL doesn't understand that gummy mashed potatoes sucked donkey arse and after a while they just have to leave it. I'm starting to think Phillip being on all these reality shows is part of he and his wife's bidness plan to keep their restaurant open. Bobspeed, Phil.

Road trip! To San Diego, woo hoo! Birthplace of Blink 182, but y'all knee that! Isaac's excited but Chad and Jeremy live here and are scoping for their significant others.  Chad's originally from Spokane, WA, a town near and dear to my heart (93 Zoo FM REPRESENT!!) but joined the marine corps after 911 and was stationed in San Diego.

We have a guest judge; Javier Plascencia and I think we all know how to show respect to ambassadors, right? ASK LOTS OF QUESTIONS! But not , like,  stupid ones.

San Diego's signature style involves fresh, local seafood (big deal, says landlocked Albertan housewife!) and Baja Cali cuisine, which sounds fussy but turns out to mean fish tacos. I know! I didn't know that actually referred to comestibles and not just slang for punani either!  Which is slang for lady garden, beaver, moo moo, I can do this all night, folks! But let's not. Let's make some food!

Oh ho! It's also a Sudden Death Quickfire challenge, which means the bottom two fight it out and it's all very complicated.  I'd like to take a moment and say goodbye to Angelina right now. They only get 20 minutes!

Kwame is worried,  as is Marjorie, but I have faith! Isaac yak yak yaks, everyone else hustles. Wesley accuses Jeremy of stealing his lobster...that he finds where he dumped it on Marjorie's station. He 'pologizes. Stress is making everyone very shouty.

Bahstan Carl opened up what sounds like a TOTALLY ILLEGAL little taco stand on the beach in Nicaragua;  this is his JAM! 5 minutes!

And Angelina forgot to put the food on the plates. I would laugh but...she seems mad and I'm pretty sure she can kick my ass so Imma leave it. Chad suggests she jump off the pier and I'm not saying it's a good idea, I'm just saying it's an idea. Also: she had to REACH OVER the plates to get to the food, soooo

Judging! The favourites are Karen's oyster taco *herk*, Chad's charred elements and Kwame's something or rather.  And Chad takes it on his home turf! And has immunity for the real challenge, so yay! More beardy hipster vittles!

Angelina is up for elimination and she has to choose a chef she thinks she can beat: snags Wesley.  I guess it really doesn't matter;  everyone is so strong, and yeah, he's messy as hell and can be a bit hit or miss, so sure!

They're doing a Caesar Salad battle! Yay, I love a good Caesar salad! It's also oldest vs youngest, so there is some trashtalking, but everyone is yakking and I hate these parts. Also hate the part where WESLEY STICKS A TASTING SPOON IN HIS MOUTH TWICE. Man!!!!!

Angelina is sent home by Wesley and really, she just wasn't at the same level. She did get super far though, this show is no joke.

Woo hoo Tom, Emeril and Richard show up with beers for everyone!  Halfway done! But it's not just about brewskis for the gang, it's about craft beer itself! San Diego is a craft beer destination locale and that's their elimination challenge: create a dish to celebrate the uniqueness of the beer in their hands. If I didn't love weird beer so much, I'd be looking at my brain right now, but this sounds like an awesome challenge!

Padma's beer has a yellow label and hints of jalapeno, ginger and tamarind and that sounds disgusting! Richard's beer is the red label, it is a stout with flavours like beets, chocolate and ras el hanout and what is WRONG with people?? I'm now scurred to find out what Tom and Emeril did to their beers.

Well, I suppose it could be worse; green label Emeril's beer tastes like coffee, cayenne and tangerine. Blue label beer is Tom's and has for the love of all that is merciful: lemon, coriander and banana. Now. I like to try new bevvies, but. Citrus beer is covered, Tom! 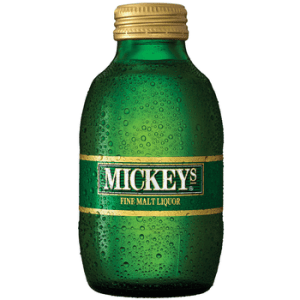 Isaac is similarly dissapoint, but he has a plan! He's gonna freeze the banana with nitrogen and stick it up his..and yeah. Banana is a pretty stupid ingredient for a beer.

Ooooh they roll up into the swankiest reality show hotel room EVAH (save Real World) and in walks Emeril with even MOAR booze! 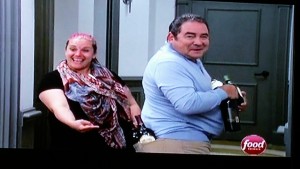 I never even knew I liked him so much! Isaac is verklempt and they bask in the presence of all that BAM.

I don't know if someone forgot to set an alarm or what, but the next morning the chefs are literally racing each other to get into Juniper & Ivy (that's Richard's restaurant: WHERE'S MAH CHEQUE??) first. Oh and Richard won Top Chef! I should probably know that already, my bad. Don't forget, Wesley just became Executive Chef at Richard's old restaurant; I know Wesley hasn't, you sous-vide steak killing mofo. Wesley says his cooking style is the complete opposite of Richard's, so I'm assuming Richard cleans up as he's cooking and doesn't use a tasting spoon more than once.

Wesley is very concerned about working beets, chocolate and ras el hanout into a recipe that doesn't sound like HERK, all the sympathy. Bahstan Carl calls Jason Old School and boring and it is ON!! You do NOT call my Seattle Sweetie Jason Hawk dated and predictable! Your Date Milkshake arse is going DOWN.

Oh and Isaas is making Banannaise, which is banana mayonnaise. That's what the title means; I was kind of hoping for hollandaise sauce, to be honest.

There didn't really seem to be any terrible dishes, which is bad news for Wesley and his dry lamb. Bahstan Carl was called out for lame flavour profiles and Jason for his tough squid meatballs (??), but nothing was really awful. Kwame and Chad got rave reviews, Isaac was meh, let's see what shakes oot.

In the top are Karen, Kwame and Amar. The judges spend more time than usual asking about the top dishes and Karen takes it with her addictive beet sauce. Those words do not make sense to me together like that. This is her first win, too, I didn't realise! Yay Karen!

In the bottom are Jason, Isaac and Wesley for different reasons. Richard asks Jason if he was abducted by aliens and FOR REALS, HE SAID THAT!! I am very worried for my Seattle Sweetie. They called him a Food Historian and then the alien abduction and whew. It's actually Wesley who goes home. I will miss him too, but he was inconsistent, and I get that call. This show is so incredibly tough, he should be proud of himself. Cheers, big guy.