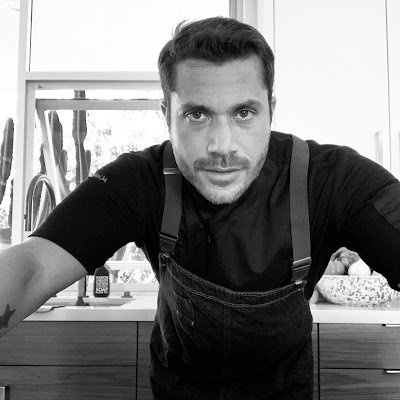 Hi! Welcome back to Below Deck Sailing Yacht of 2022 where we have TWO new members and an every-growing love triangle? Love rhombus? Remember when we used to grieve every single person who left early and it happened rarely? Yeah, me either, things are moving fast and furious these days on the Below Deck franchises. Rolling into my recap of Below Deck Sailing Yacht S3:E13 Budding Boatmance after the break!

Shite is about to go down below deck where chief steward Daisy Kelliher is explaining carefully to third steward Ashley Marti why she isn't going to be made second steward over new arrival steward Scarlett Bentley.

Scarlett has zero superyacht charter experience but Ashley is just not a leader, full stop. I mean, she may be down the road! When she grows up a little. Or a metric f&*^tonne, one of those things. Daisy finally stops telling us it's about 'teamwork' and gives us the skinny: it's about character and yeah it is.

Oh oh oh listen here neck deckie Barnary Birkbeck, getting crunchy because First Mate Gary King puts you on night shift for a charter is not an option. You've spoken exactly four words, how does that make you the 'exciting' guy they need to keep around the guests to pump up the tip? I mean, I ask you.

Plus invisible deckie Kelsie Golgia needs some time in the sun, she's been on night shift forever and look, I forgot her again.

Scarlett and Ashley work together companionably until Gary walks in the room, let's recap what he's been up to so far:

Scarlett is definitely interested in Gary (WHY?????????) but is wary of the drama it would bring with Ashley and literally every other person on the boat with a vagina.

Even Kelsie, who gave Gary a foot massage. She's busy right now, though, complaining that she works harder than Barnaby. Kelsie and Barnaby listen to Ashley complain about how little Scarlett knows; thanks for showing Daisy she was absolutely right about how ready you are to be second in command!

Gary is now rocking a half mustache he alternates between calling the 'French tickler' and the 'flavour saver' because he would like me to throw up. Scarlett's into it, though, allowing him into the laundry closet for a sober make-out, what??

You KNOW Ashley is going to lose her shite; she's mere steps away and soooooo freaking clingy. Gary knew that, though and kept on dancing in that flame.

What with the champers chugging.

Captain Glenn Shephard is hoping this charter is a little less Mean Girls than last year; women are perfectly capable of traveling together and having an awesome time, Captain Glenn. I remember one Below Deck Mediterranean charter where the women shopped for jewelry and clothes on the yacht with food and drink in between. They got up early, they walked around a lot, they had a blast. It's not a gender-based problem, it's the performance thereof, sweetie.

Daisy takes everyone on a boat tour of the gorgeous Parsifal III but one of the guests thinks our chef Marcos Spaziani is much, much nicer to look at.

Marcos will be cooking for these super picky ladies but Captain Glenn will be joining them at least tonight! In the meantime the guests chill on deck until the anchor is set and Gary brings out the rope swing. It looks TERRIFYING but I would totally try it.

Poor guest Jennifer 100% belly/faceflops into the ocean, we alllllll felt that. That's the end of the rope swinging into the ocean!

Time to set the table for dinner; I feel bad for Scarlett as she just hasn't done any of this before. How exactly does one get hired as a charter stew when you aren't a charter stew anyway? She's got a good attitude and is working hard, good enough!

It's wigs and sequins night for dinner, now I get it! Sparkly plastic wigs and shiny dressed with boobs out, Roger that! Captain Glenn looks lovely.

I love that this charter loves Marcos; he's stone cold sexy and people been SLEEPING on him.

Instead everyone loves Gary. Chief Engineer Colin MacRae and I are very skeptical of his intentions toward Scarlett, he can't contain himself around literally every single woman he comes across.

The next morning it's nice and quiet in the morning; Marcos panicking only slightly because he's only now realised he has to make 80 different plates for his 10 course dinner this night. With dairy, shellfish, tomato and gluten restrictions: he's going to be up against it.

After breakfast, the guests sprawl out on the bunnypad before going swimming. Gary has a plan to take Scarlett with him on the tender to serve drinks; Daisy c((*blocks him by going herself and catches an earful of Gary being suuuuuuuper petty.

Daisy tries and tries to give the guests drinks; they don't need any and repeatedly tell her they're fine. See, Gary? Not needed!

Captain Glenn has been frustrated by the lack of wind for this sailing-mad group; he proposes a race against another nearby boat. I'm not going to tell you your business, Captain Glenn but if you don't have any wind at all that's going to be like watching soccer, innit?

Barnaby is going to be so excited! He loves racing!

Scarlett takes Ashley aside to ask her straight-up: are you bothered with Gary all over me? What's Ashley going to say? She's already tried to paint them as a couple except that Gary won't play along and says things like 'stop being so childish, Ash."

Speaking of childish; Daisy absolutely losing her shite to Scarlett about Gary and his flirting with everyone was...interesting. Scarlett legit thinks everyone she works with is full gone and she's not wrong.

Supper is fast and furious, so much beautiful fancy food! The guests are eating enough that they are lunging at Marcos but they're not far from it. Marcos is here to fulfill every chef fantasy they have; he knows how to satisfy a picky woman.

The guests finish all ten courses and head to bed, followed closely by everyone else except Barnaby, stuck on nights. Gary takes a moment to apologize thoroughly and completely to Daisy for being a dink, aw Gary! I'm sure that wasn't because it was right in front of Scarlett. Scarlett is starting to wonder about Daisy and Gary and she really should.

The next morning Captain Glenn puts his plan into action; he calls the captain of La Cattiva, another yacht close by, and arranges for a fun race in the little bit of wind kicking around. The guests agree to forgo breakfast for this bit of shenanigans but nobody tells Marcos breakfast was on the line and all his work today was for NOTHING.

I love that Gary woke Barnaby up to watch, he lives for racing! The horn blows and the ships are away and  we are...ooot It's done for this week, to be continued! Until next time, everyone, cheers!