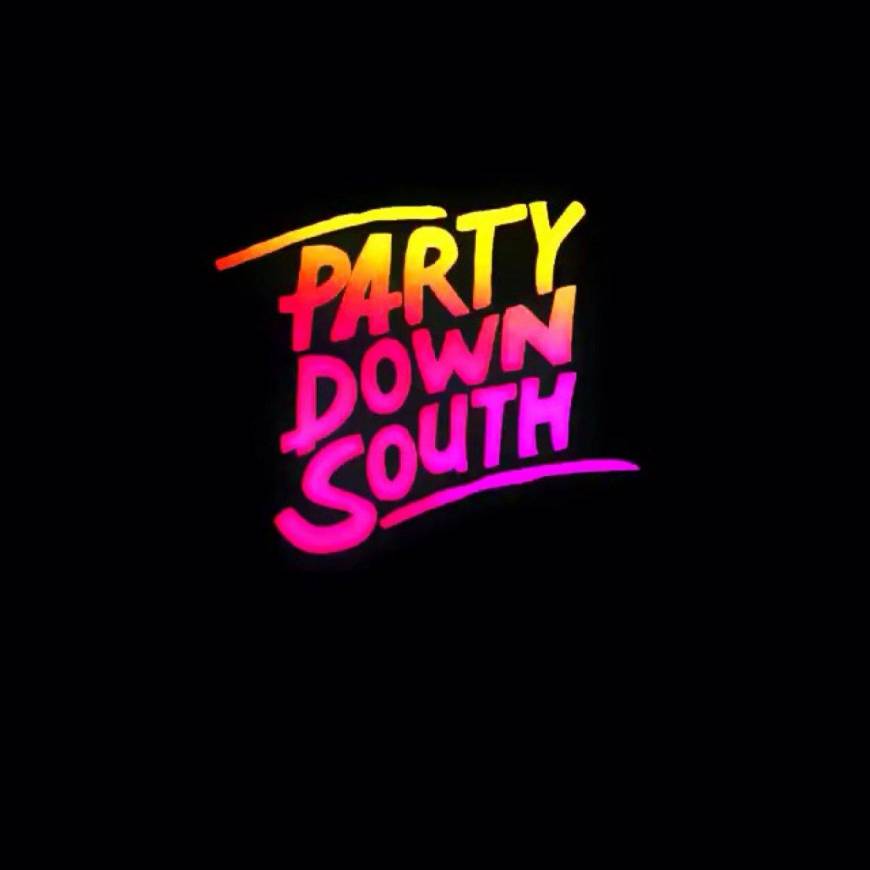 Are we're back for the season AND series finale of Party Down South, and awwww, they were just growing on me!

I wish I were a little better versed in what happened the last 6 seasons; kind of, like, not enough to go out and watch them, but enough to feel bad for the crappy eulogy I'm going to give this show. Will do my best!

The gang is leaving the bar; Mattie is MAD she couldn't get any tail, but her affect was so off, I totally get it. Plus I think she actually told the last guy to walk away, but I can't prove it, so there's always alcohol!

Speaking of alcohol; Bubba wants to talk. He and Tiffany have been tense his whole visit and it's coming to a head right now. He thinks she's still hung up on her ex-boyfriend Hunter (who she just blasted her best friend Lindsey for sleeping with), whom she spent Christmas with when Bubbiffany was broken up.

Meanwhile, Mattie is laying down drunk and screaming obscenities from the back seat while Lauren sits mum and tries to not get hit by any shrapnel.

They make it back, but nobody knows what to do with drunk Mattie/Martha who is ranting on the front porch. Lauren lures her in with pizza and it's like MAGIC! Hannah says it's like a pacifier for a baby, with just about as much drooling.

Bubba is mad, all he's been hearing about is Hunter, Hunter, Hunter and he can't get his head in the game. He feels left out and he misses Tiffany. She cries and they finally kind of make up. Bubba has a massive flowered cross that covers most of his back, I wonder what it's like to have that much faith? In anything.

Walt and Daddy are reminiscing about the good old days when they first met; but this party isn't over yet! Shots shots shots! But don't ever take a shot of Jack Daniels after doing a dip - must mean snuff? That does NOT look fun.

Bubba leaves the next morning, kissing Tiffany goodbye with a "can't wait to marry you" and that is NOT where Tiffany is right now. She doesn't think their relationship is there, she doesn't wanna be stuck in a small town, she doesn't want a baby right now. She doesn't even know if Bubba is the one, y'all, and I think that's probably a whole bouquet of flags waving at her. He left a message on the mirror for her! No way that won't be creepy and controlling.

Last night! They're talking about what the plans are; smoking brisket (I LOVE SMOKED BRISKET!!) and green bean casserole and etc etc family meal time! They're also putting a lot of pressure on Boudreaux to get laid, he was engaged 10 minutes ago, I dunno, man.

Huh. Lyle is talking to an attractive young lady who is clearly not in her herses, but leaves that situation, saying that anyone he gets with has to be an "upgrade" from Santana. Now. I think focusing solely on the outside is EXACTLY what got him in trouble in his relashie, but far be it from me to suggest that a grading system based only on external benchmarks of beauty is sexist or stupid. In addition, I probably shouldn't mention the fact that he got all chubby and didn't follow his OWN system for evaluating worth, he's clearly a nice guy with more than one set of standards that deserves only the very cream of the crop of physically suitable women!

This intoxicated young woman moves on to Murray, using him as a stripper pole while he tries to hold her at arm's length. He understands she's probably high. She rubs some stuff all over Daddy's back that makes him smell like a hippie, I'm guessing Tiger Balm? But thankfully he has some travel size Axe Bodyspray to cover up the smell of arse.

Back at the house, Walt is getting the meat ready for the following day and Santana calls. Daddy takes the call, then lurks nearby and funnels while Lyle and she talk. She says she's still wearing her ring and she will never give up and Daddy is worried Lyle will fall for it. But no! Lyle lays it out really clearly for her, and it's even inspiring, Daddy gets chills and everything! Lyle's a Boudreaux, baby, and she will NEVER BE! Click.

The next morning, the girls wanna make sure Boudreaux understood that they were only looking out for him, not trying to mess with him and he gets that. They offer to help him when he feels weak back at home, because that WILL happen, that's just life. Hugs all around!

Walt wants to build a time capsule to commemorate their time together, everyone thinks that's a great idea, even if they don't know what that is exactly. He wanders outside to work on it, and Lyle comes over to thank him for being a good, supportive friend and now I have Thank You For Being A Friend from the Golden Girls in mah heed. Walt takes the opportunity to blame everything on vaginas, which apparently can make men do things they don't want to and were responsible for Neil Armstrong walking on the moon. I think.

They didn't get along in the beginning, Walt hated Lyle in the beginning, but they became friends over the last two "vacations" and now they lurve each other, awww. That's some crappy looking time capsule, yo.

The girls are making customized aprons for everyone; this is the first vacation where they didn't fight with each other at all, yay! It's kind of sweet, really. They call Walt "Mr. September" and I should probably find out why. Real soon.

Ahhhhh the brisket looks FANTASTIC!! And they all give thanks and I'm sure it's all very emotional. Time capsule time!

Daddy drops in his bicycle pump funnel thingy, the beerzooka, Lyle puts in his grilling fork, Mattie puts in her dancing shoes, Hannah the cream cheese she puts in her spaghetti (whut?? You can't put perishable food items!), Tiffany gives up beer salt, Walter one of his white t-shirts, Lauren one of her janky-ass kmart hair extensions, and finally, Murray puts in his stars and stripes shirt that he's worn on each vacation and again, I bet that's super emotional. Everyone seems shocked. I will say that Murray's the only one that says "maybe" about the vacations being done.

It's raining the next day, on go home day. I'm surprised they haven't shown anything from before? Murray has predictions for them all in ten years!

Mattie will be licking a window in her padded cell

Tiffany will be screaming at husband #4

Oh, okay, that's was it. Mattie gets all biblical about it, but everyone else scattered to pack. Walt tells her he's proud of her, she's grown over the last few years.

Murray's sad and I just lurve him. Everyone packs and the party is ovah. Lots of tearful goodbyes and hugging and best friend talk and they're all oot. As am I! Reunion up next, but those are impossible to recap, so I will just thank y'all for reading!